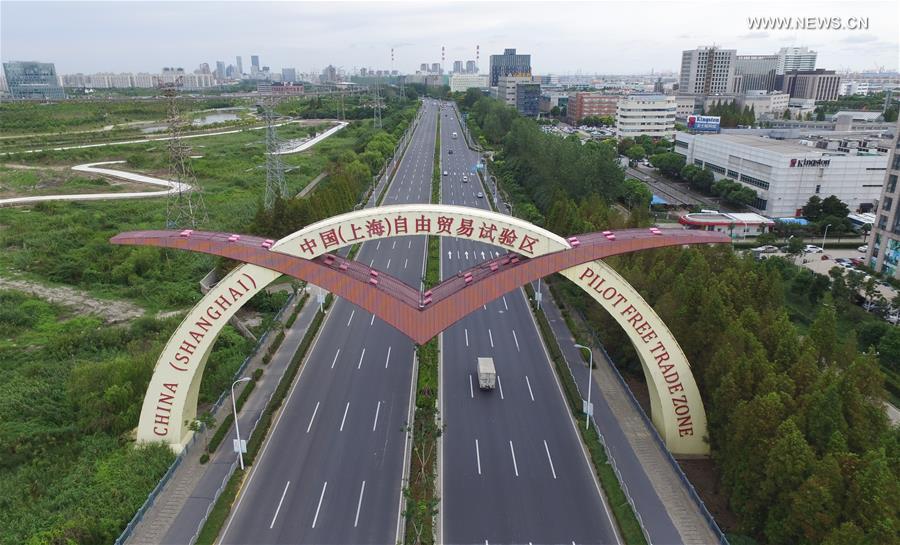 Wuhan (People's Daily Online) - By the end of 2018, about 610,000 new companies had set up in 10 of China's 11 pilot free trade zones (FTZ) with Hainan as the only exception. 34,000 of these were foreign-funded enterprises, according to a recently issued report on the development of pilot free trade zones in China.

The report was released during the ongoing First Forum on China Pilot Free Trade Zone Development.

It's the first of this type in China, written by the Chinese Academy of International Trade and Economic Cooperation (CAITEC), a research institute under the Ministry of Commerce in China.

Since the first pilot FTZ was established in 2013, a further 11 FTZs, including Hainan, were set up successively, forming an FTZ network across the country.

Pilot free trade zones have taken the lead in facilitating trade and improving the business environment, and serve as a significant driving force for reform and opening up in the new era.

The report noted that over the past five years, reform projects in the pilot FTZs were well implemented, such as reforms on investment management rules, financial innovation and legal protection systems.

Statistics indicate that a total of 153 projects have been replicable nationwide.

Zhang Wei, Vice President of CAITEC, said that the 12 FTZs in China played a crucial role in China's open economy.

"Over the past five years, China's FTZs provided strong support for industrial development through innovation in science, technology and mechanisms. Moreover, the industrial transformation and the upgrading of trade boosted the opening," said Zhang.

During the Forum, she said that in the future, China should further standardize its regulations on FTZs according to the international rules and promote quality development the development of FTZs.