BEIJING, Aug. 30 (Xinhua) -- A new edition of the fifth series of China's currency the renminbi, or the yuan, was officially launched Friday with brighter colors and more sophisticated anti-counterfeiting features. 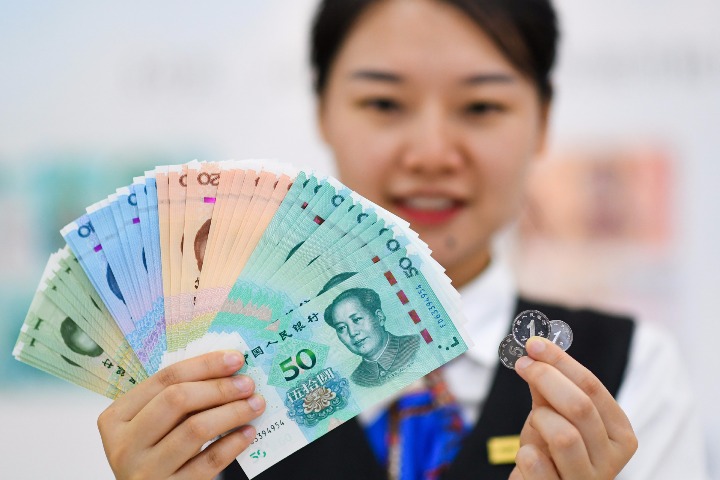 A staff member displays the banknotes and coins included in the 2019 edition of the fifth series of the renminbi at an Industial and Commercial Bank of China (ICBC) branch in Beijing, capital of China, Aug. 30, 2019. (Photo: Xinhua)

Not covered by the 2019 edition of the fifth series are the 100-yuan banknote, which was upgraded in 2015 in anti-forgery and printing quality, and the five-yuan bill, which will receive a face-lift later as testing is ongoing into using new printing technologies for this less circulated banknote, according to the People's Bank of China (PBOC).

The central bank said all the banks had finished upgrading their machines for handling the new edition and it will encourage extensive upgrading by private machine users to clear obstacles in detecting the notes.

The fifth series of renminbi was introduced in 1999.