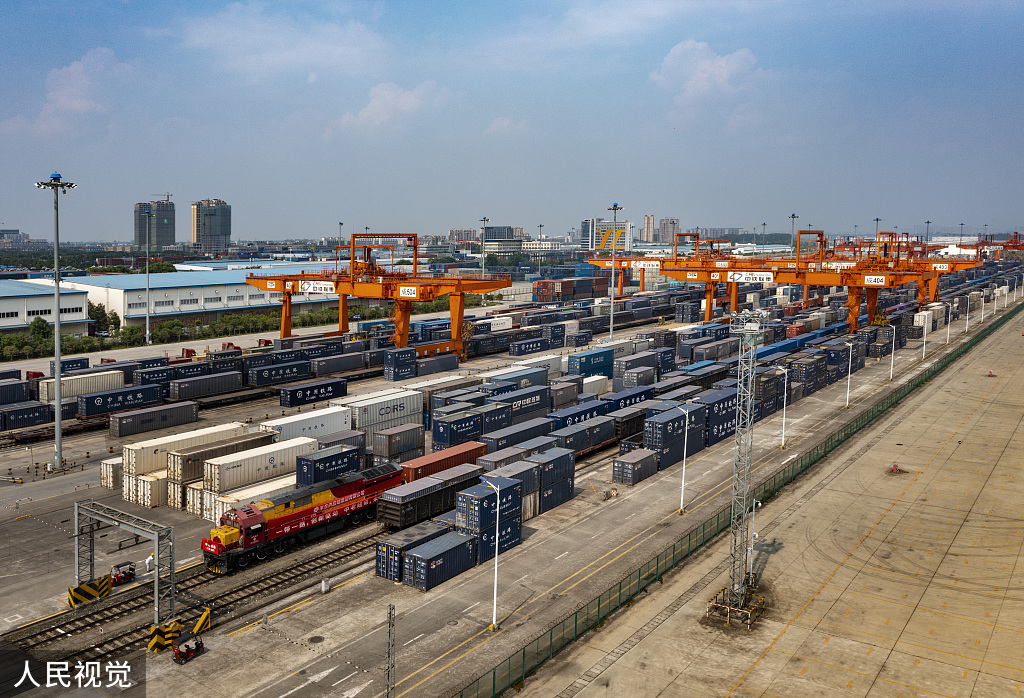 A China-Laos freight train arrives at the Chengdu international railway port on May 10, 2022. (Photo: VCG)

VIENTIANE -- The Laos-China Railway Co Ltd (LCRC), a joint venture based in Lao capital Vientiane responsible for the operation of the railway's Lao section, told Xinhua Wednesday that since its opening last December, the cross-border goods transported by the China-Laos Railway have exceeded 1 million metric tons.

Since the opening of the China-Laos Railway, freight transport has shown a rising trend, with goods such as daily life commodities, fertilizers, electronics, photovoltaics, textiles and vegetables, among others, shipped from China to Laos, while iron and zinc ore, cassava flour, barley rice, charcoal, rubber, potash and fruits were transported from Laos and neighboring countries to China.

The LCRC said that since the railway's opening, it has been actively enhancing the transportation organization, optimizing the freight service, and effectively ensuring efficient and smooth transportation.

The company has carried out targeted freight investigation and marketing, promoted the normalization of the goods train schedule, and planned to open the Lancang-Mekong Express international freight train between China and Laos, according to the LCRC.

It has also improved the efficiency of customs clearance of goods, helped streamline the transportation approval process, and established overseas container return points in Laem Chabang and Bangkok of Thailand, Ho Chi Minh City and Haiphong of Vietnam, so as to improve the efficiency of the China-Laos Railway's containers, said the LCRC.

The company added that the cost of freight through the China-Laos Railway is almost the same as that of maritime transport, while the transport time is significantly cut shorter than that by sea.