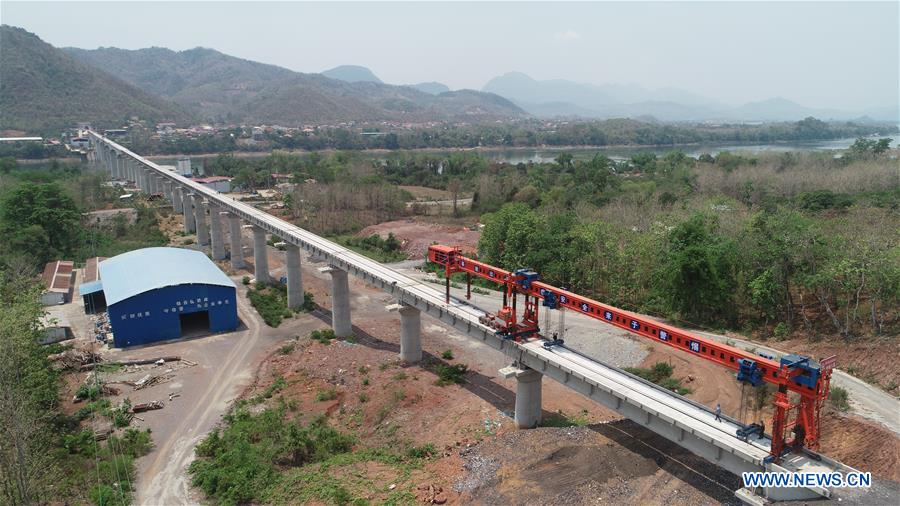 At the Confucius Institute of the National University of Laos in capital Vientiane, 330 Lao young talents attended the interview for the recruitment of trainees for the railway's operation period on Thursday, organized by the Laos-China Railway Co., Ltd.(LCRC), a joint venture based in Vientiane, in charge of the railway's construction and operation.

After passing the interview, the trainees will receive Chinese language education and professional railway theory training, and will be sent to China's Kunming for on-site practical training and expected to return to Laos in August, 2021 for pre-job skills training to prepare for the opening of the China-Laos Railway in December 2021.

According to Xiao Qianwen, general manager of the Laos-China Railway Co., Ltd., the recruitment and training of Lao employees is a key step for the railway's sustainable development, which has been attached great importance by the Lao government and the company.

Xiao also said, by now, the construction of the railway project is steadily advancing, shifting from offline civil engineering to online engineering and station building; by the end of 2020, the company will gradually switch from engineering construction to operation management. The recruitment of the Lao employees is laying a sound foundation for the coming operation period.

The 414-km railway, with 198-km tunnels and 62-km bridges, will run from Boten border gate in northern Laos, bordering China, to Vientiane with an operating speed of 160 km per hour.