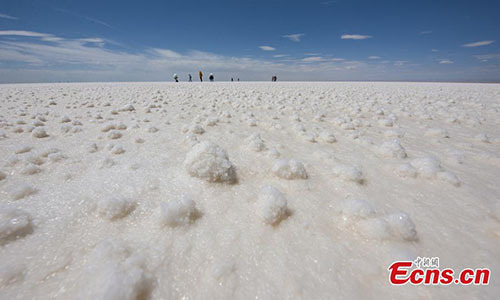 The extracting plant is located near Qarhan Salt Lake in Haixi Mongolian and Tibetan Autonomous Prefecture of Qinghai. The project was announced in December 2017 with construction beginning on April 2018. Total investment has reached 3.132 billion yuan ($483.23 million).

Experts said that during trial operation, lithium extraction techniques had matched that of global leading extraction facilities, marking a crucial development in China's ability to build an advanced salt lake industry base.

Qarhan Salt Lake covers area of 5,856 square kilometers and is estimated to hold around 60 billion tons of valuable natural resources. It has abundant reserves of potassium chloride and lithium chloride.