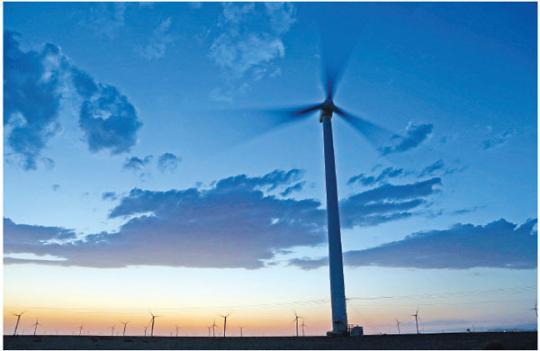 China ranked the world's first in newly installed wind capacity amid efforts to pursue greener development, according to the National Energy Administration.

Besides wind energy, the country is also a global leader in the production and use of solar energy and hydropower, among others.

China has made and upheld solemn vows to the world in response to climate change, pursuing greener development over the span of the 13th Five-Year Plan period (2016-2020).

Non-fossil fuels accounted for 15.3 percent of the country's energy consumption last year, fulfilling ahead of schedule China's promise to the global community for 2020.