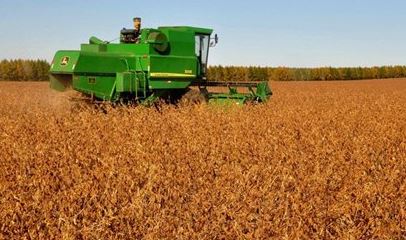 China will likely import more soybeans from the US this year as agreed under the phase one trade deal, Chinese agricultural official said at a press conference on Saturday.

"As the US will enter soybean planting time in late April, we expect its planting area to increase," Wei Baigang, director of the Development Planning Department of the Ministry of Agriculture and Rural Affairs (MARA), told reporters on Saturday. "And considering the fulfillment of phase one trade deal between the two countries, China's imports of US soybeans may rise this year."

So far this year, the coronavirus pandemic hasn't had much impact on China's soybean imports, Wei stated. In the first two months of this year, the country imported 13.5 million tons of soybeans, up 14.2 percent year-on-year.

Even in March, China's soybean imported from Brazil saw an increase, Wei said, adding that Brazil's soybean production is expected to reach 121 million tons this year, thus driving up its exports.

Soybean is China's largest agricultural import. Last year, China imported 88.51 million tons of soybeans, accounting for about 85 percent of the country's domestic consumption, according to the MARA.