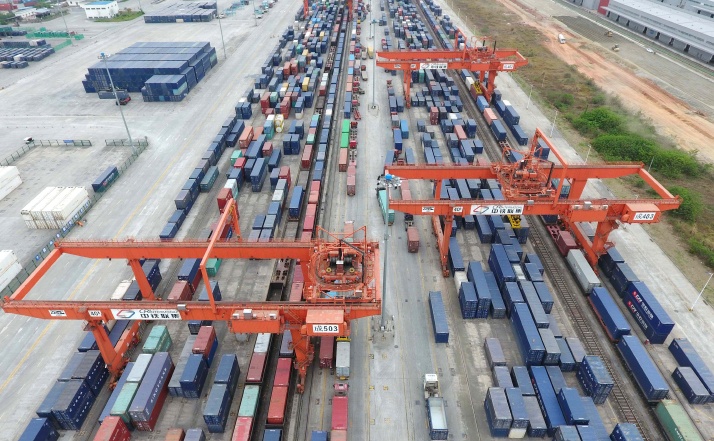 GENEVA -- China is expected to play the role of a "locomotive" for powering global recovery in the post-pandemic era, a Swiss economist has said.

"The Chinese market has become an important growth driver because of its size and its continuing expansion," Rudolf Minsch, chief economist at Swiss national business federation Economiesuisse, told Xinhua in a recent interview.

Moreover, it is "absolutely crucial that China is opposing any tendency to reverse globalization," Minsch said, adding China has been keeping up the effort to "establish a market-oriented, law-based and internationalized business environment."

"The most important part of Chinese economic policy today, in my view, is the commitment of the government to widening the door to the world, despite the difficulty arising from the coronavirus crisis," Minsch said.

"Open markets are key to the long-term growth of China and are so to the rest of the world," he added.

This year marks the 70th anniversary of the diplomatic relations between Switzerland and China. Since 2010, China has been Switzerland's biggest trading partner in Asia and its third largest globally after the European Union and the United States. A free trade agreement between the two countries was signed in 2013 and entered into force on July 1, 2014.

"There are so many Swiss companies in China, collaborating with Chinese firms as customers, as suppliers or as research and development partners," Minsch noted.

While those companies face "tough competition" in the Chinese market, they also have huge opportunities "to benefit from the very efficient and speedy way of Chinese enterprises to develop new products and services," he said.