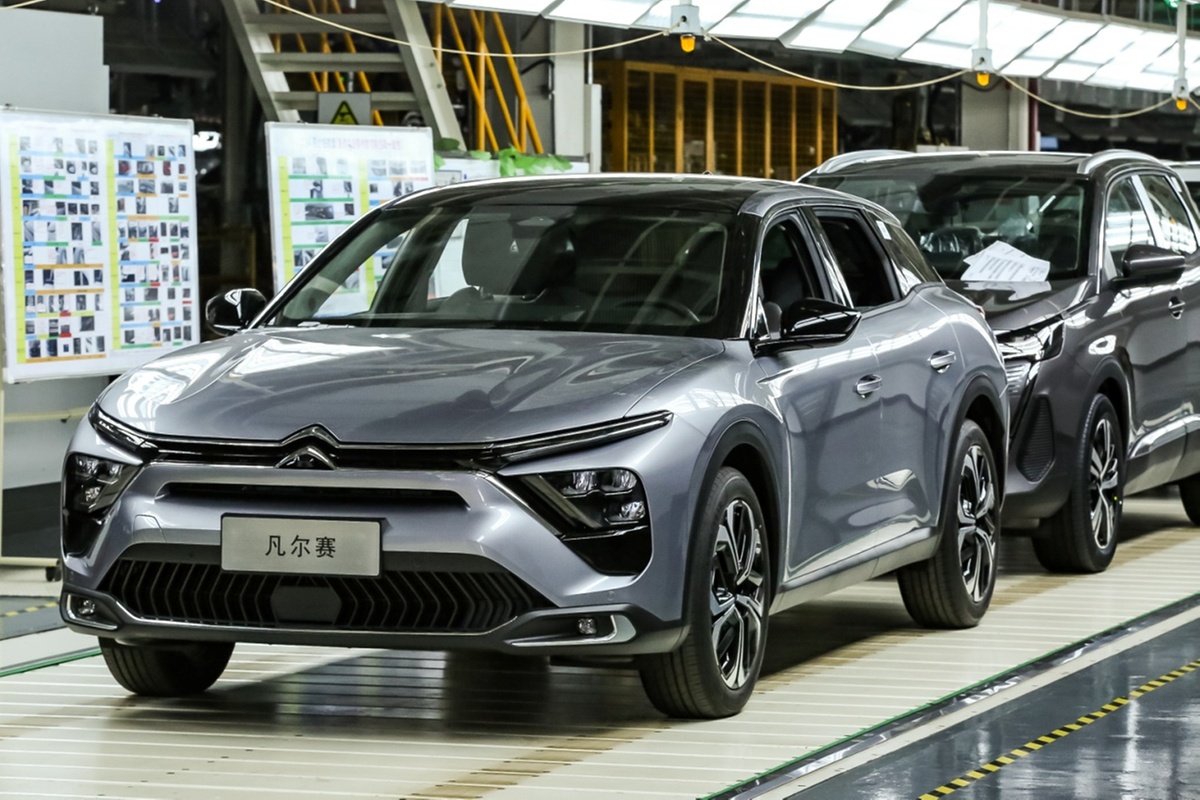 The C5X crossovers roll off the assembly line in Chengdu, Sichuan province, on July 7, 2021. (Photo: chinadaily.com.cn)

The models will be sold in China and shipped to other countries as well, including France and Germany, said the Sino-French joint venture.

It said the Chengdu plant, as the benchmark plant of parent Stellantis, is the sole production site of the model, and this is the first time that a Citroen flagship model has been produced outside its home country of France.

The joint venture said the model's production marks a new step in its development and shows the group's recognition of car manufacturing quality in China.

Citroen CEO Vincent Cobee said one reason of the decision to produce the model in China is that China will be the model's most important market, and the other is the outstanding quality of vehicle production in the country.

"China is the highest quality producing place in the worldwide automotive market. We want this vehicle not only to be exceptional. We want it to be perfect in quality, so China is the logical choice for this," said Cobee when the model made its global premiere in April.

Based on a concept car unveiled at the Paris auto show in 2016, the C5X is a mix of a sedan, a station wagon and an SUV and features Citroen's latest technology in such aspects as connectivity and driving-assist functions.

Before production, the model went through over 1,900 tests, with nearly 1,300 made in China, and the rest in France. A total of 408 test vehicles finished road tests of over 2 million kilometers, higher than the requirements in Europe, said the joint venture.

The model will be launched in September. "For me, it is a beacon of branding for Citroen in China," said Cobee.