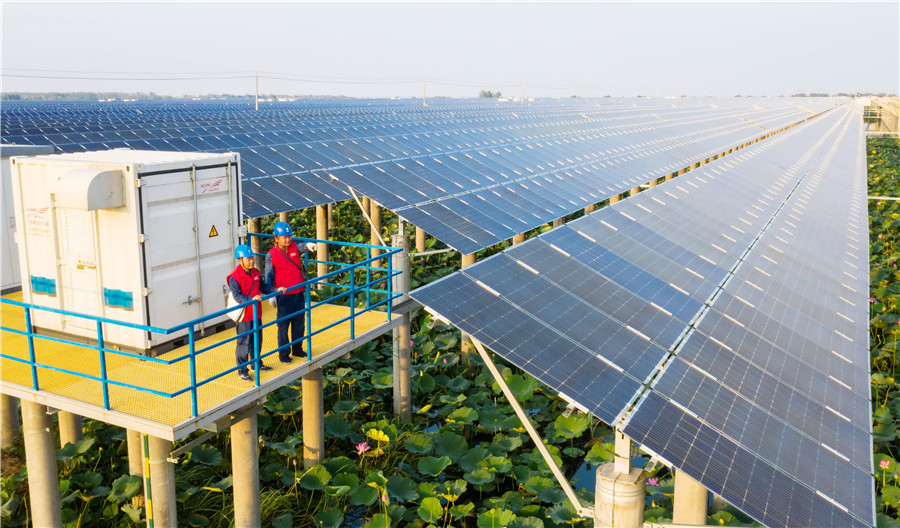 Construction of new coal-fired power plants across the world fell to their lowest level in a decade in 2018, with China accounting for nearly two-thirds of the fall, a new report said.

After peaking at 84 gigawatts of new capacity in 2015, coal project completions plummeted to 39 GW in 2018, demonstrating the steady progress in energy transition, said the report from Bloomberg New Energy Finance, or BNEF, a wholly owned unit of Bloomberg.

The report said that despite the spike in coal-fired generation, the pace of new coal capacity added to the grids in developing nations is slowing.

"The transition from coal toward cleaner sources in developing nations is under way," said Ethan Zindler, head of Americas at BNEF. "But like trying to turn a massive oil tanker, it takes time."

Zhao Changwen, director-general of the Department of Industrial Economy at the State Council's Development Research Center, said: "Energy transition is a medium-to long-term mission, and the fundamental driving force is technological progress, which will not happen overnight. Therefore, we must not have unrealistic expectations about energy transition.

China has been accelerating its clean energy shift by optimizing and improving its energy mix. Data from the National Bureau of Statistics showed that in the early years, raw coal accounted for 96.3 percent of total energy production while other types of crude oil accounted for 0.7 percent, and hydropower for 3 percent.

During the same period, the average annual growth rate of oil consumption was 5 percent, 0.4 percentage point lower than the level from 1980 to 2005. The consumption of clean energy such as natural gas, hydropower, nuclear power has grown rapidly, with the consumption of natural gas growing 14.8 percent on average every year.

Xu Bin, a professor at China University of Petroleum, said that China's energy transition has been progressing steadily, thanks to technological advancement and the transformation of energy utilization.

He noted that in the next step, China should continue the transformation from resource-driven to innovation-driven. "The country should accelerate the improvement of independent innovation capabilities and industry technology standard leadership capabilities, and make innovation the driving force for development, in order to reduce renewable energy investment and operation and maintenance costs. It is necessary to do extensive research and forge important breakthroughs in core technologies."

According to BNEF, China ranked fourth in terms of the overall potential for clean energy development. The top three countries were India, Chile and Brazil.