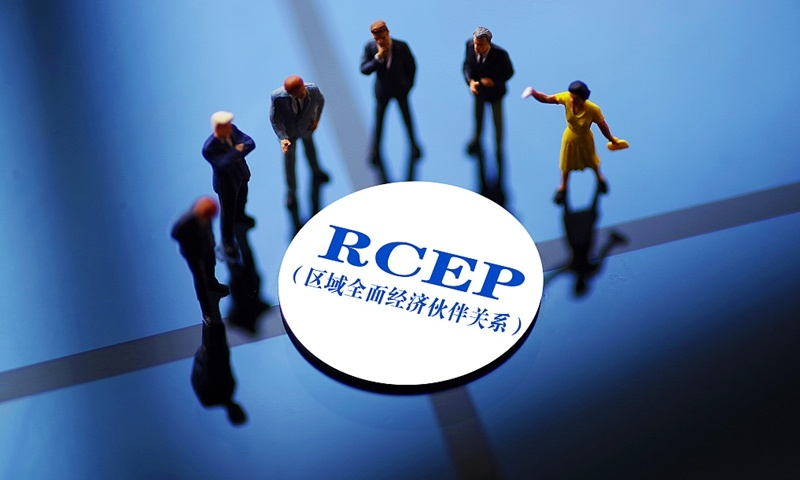 Many changes are expected following the signing of the world's largest free trade agreement — the Regional Comprehensive Economic Partnership (RCEP) — including more trade between China and Malaysia, and broad restructuring of Asian supply chains, government officials from China and Malaysia said during the Malaysia-China Business Forum on Wednesday.

They called the RCEP a milestone that would open more doors and grow the pie for member economies.

The pact was signed on Sunday by 15 economies, including China, Japan, South Korea, Australia, New Zealand, and 10 ASEAN countries to form the world's largest free trade zone. The deal doesn't include the US, and India pulled out of negotiations last year.

China-Malaysia trade is poised to rise. Assistant Minister of Commerce Li Chenggang said at the forum that China will support companies to increase imports of products like palm oil and durian from Malaysia. The government will also encourage companies from both sides to cooperate in areas like high technology and clean energy development.

China's trade with Malaysia rose 3.5 percent year-on-year to reach $104 billion in the first 10 months of the year, data from Chinese customs showed.

"That wasn't easy to achieve, since we were facing this pandemic, but we managed it. There will definitely be more increases as the RCEP will open many more doors in different varieties and categories that will benefit the businesses and economies involved," H.E.Hew Tse Hou, Consul General at Consulate General of Malaysia in Shanghai, told the Global Times.

He said that the pact will phase out tariffs on 90 percent of traded goods within the 10-year framework. "All countries have different economic structures and circumstances, so there's a timeframe for countries to do certain things."

He also added that implementation of the deal will hopefully go smoothly in Malaysia, where there is a shared belief in the need to expand and work with more partners.

Steven Cheng, Consul (Investment) for Consulate General of Malaysia in Shanghai, told the Global Times that the pact means a bigger market, easier movement of goods and lower costs.

"Before, you had two entities, China and the Association of Southeast Asian Nations. Now we are integrated into one market. So a company selling consumer goods can sell to about one-third of the world's population," he said.

China invested about 3.5 billion yuan ($532 million) in manufacturing, services and other sectors in Malaysia in the first half of 2020, Malaysian Investment Development Authority (MIDA) data showed.

Mike Tang, deputy general manager of Anhui Tangxing Machinery Equipment Co, which set up a subsidiary in Malaysia this year, noted that compared with countries like Thailand and Vietnam, Malaysia has advantages in its stable political environment and ample policy support such as favorable tax policy. He was impressed by the country's efficiency, as his company received a manufacturing license in about three days.

Cheng said that the pact should accelerate changes in industrial division within Southeast Asia, so that China will assign some jobs to certain Southeast Asian countries and there will be less labor-intensive manufacturing in Malaysia, Singapore and Thailand because of the RCEP's implementation.

According to him, Southeast Asian countries will assume different roles to put products together. "For one product, maybe one part is from Thailand, one from Singapore, the final product is set in Malaysia and then shipped to China or the US," he said.

Hew Tse Hou said that Malaysia agrees with China that the aim of the RCEP is to expand the market for all member economies, and Malaysia will have areas to grow with China and other RCEP countries as well.

"It's not about some getting more and some less. It's about growing the pie so that everyone can benefit," he said, adding that it's not "fair" to define the RCEP just in specific industries.