BUSINESS China may raise prices of gasoline and diesel

China may raise prices of gasoline and diesel 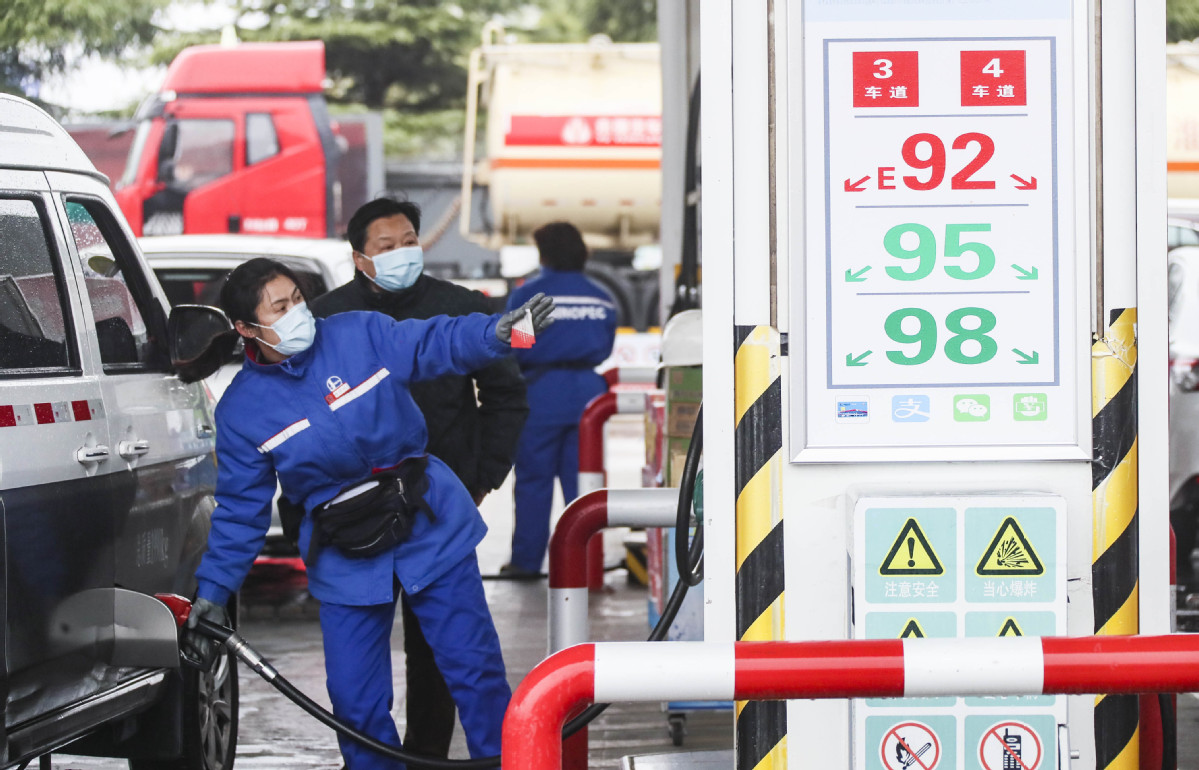 China is likely to raise the retail prices of gasoline and diesel from next Tuesday, the tenth fuel price increase since the end of last year, as the price of oil has barely budged since Saudi Arabia and allied producers agreed to start pumping more quickly.

Based on recent changes in international oil prices, the oil price will rise by 305 yuan ($45.63) per metric ton, or 0.23 yuan per liter to 0.26 yuan per liter, according to Chinese financial media outlet Yicai.

Under the current pricing mechanism, if international crude oil prices change by more than 50 yuan per ton and remain at that level for 10 working days, gasoline and diesel prices in China will be adjusted accordingly, according to the National Development and Reform Commission, the country's top economic regulator.

International oil prices have remained high this week. Brent crude touched an intraday high of $121.95 per barrel this week while the US West Texas Intermediate crude futures rose to their highest level in three months briefly trading at $120.99 per barrel.

However, according to the Minister of Energy Suhail Al Mazrouei, oil prices are "nowhere near" their peak if Russian oil and gas are completely taken off the market.

"With the pace of consumption we have, we are nowhere near the peak because China is not back yet," he said at a conference on Wednesday in Jordan. "China will come with more consumption."

The OPEC is struggling to restore production as planned, with spare capacity confined to just a few members, he said.

Barney Gray, an analyst from ICIS, said earlier that oil prices rebounded during a volatile session even as global economic concerns weighed on sentiment. Bullish factors such as Shanghai's planned easing of COVID-19 restrictions and a tightening supply balance provided upside.

Two banks－Citi and Barclays－raised their oil price forecasts earlier this month, citing the effects of Russian crude oil sanctions and delays in the renewal of the Iran nuclear deal－without which there will be no meaningful increase in crude oil exported from Iran.

OPEC and its allied producers agreed on June 2 to boost oil production by over 200,000 more barrels a day than expected in July and August, a move that may help ease surging oil prices and rising inflation over the high-demand summer months, in addition to helping overcome Russian production shortages.

That modest supply boost amounts to just 0.4 percent of global demand over July and August and comes after several months in which the group has struggled to hit its production targets.

According to Yicai, crude output from Russia accounts for 10 percent of global crude supply.

Jamie Dimon, JPMorgan's chief executive, warned last week that prices could reach $150 or $175 a barrel this year. Analysts at Goldman Sachs are also forecasting oil could average more than $140 a barrel in the third quarter.

Jeremy Weir, chief executive of the commodity trader Trafigura, said it was highly probable that oil prices could rise to $150 a barrel or higher in the coming months, with supply chains strained as Russia tries to redirect its oil exports away from Europe.

According to Everbright Securities, as the world is entering a high oil price era, the upstream and oilfield service sectors might benefit from the rising oil and gas prices, while the coal chemical and light hydrocarbon cracking will also enjoy a cost advantage under the high oil price circumstances.