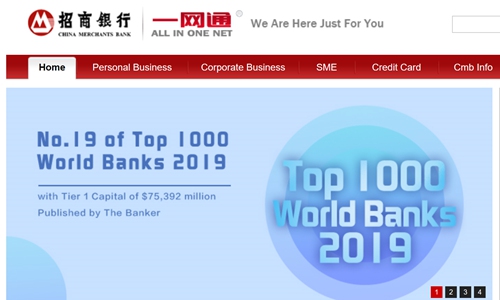 China Merchants Bank, one of the largest lenders in China, posted net profit growth of 10.12 percent in the first three months of 2020.

The bank raked in 27.8 billion yuan (about 3.9 billion US dollars) in net profit attributable to shareholders in the period, according to the company's latest earnings report filed with the Shanghai Stock Exchange.

By the end of March, the bank's non-performing loan ratio declined five basis points from the end of last year to 1.11 percent, while its provision coverage ratio rose 24.49 percentage points to 451.27 percent.

The lender's total assets amounted to 7.77 trillion yuan, up 4.7 percent from the end of last year.