It has become clear that openness and cooperation will be an irreversible trend in the 5G era, and countries advocating for fair and healthy competition will eventually succeed in the 5G race, industry representatives said on Sunday. 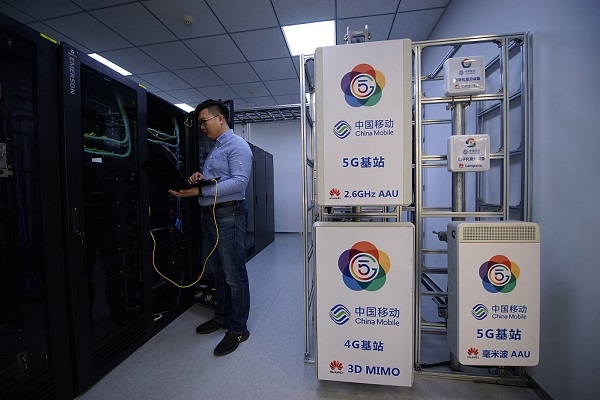 Shortly after the Chinese Ministry of Industry and Information Technology issued 5G licenses to major carriers, China Mobile, the country's largest wireless operator, launched the tender process for 5G rollout worth approximately $2 billion, according to a document seen by the Global Times on Sunday.

While Huawei leads in the number of products needed in order to build the networks for the next generation of wireless technologies, foreign companies Ericsson and Nokia are ranked as the second and third-largest equipment providers.

In spite of the US' continuous efforts in politicizing 5G technology and blacklisting Huawei, which is also the largest telecoms equipment vendor worldwide, China continues to show its openness and a strong will to continue cooperating with foreign companies in the 5G sector, which, analysts said, was a sharp contrast to the narrow-minded and unilateral approaches of Washington.

"Global cooperation ensures the development of 5G. Only an open attitude will guarantee a healthy and growing industry," Li Zhen, an industry expert at Beijing-based CCID Consulting, told the Global Times, on Sunday.

Chinese players have already become integral to the sector's growth, and in realization of this, more European countries are beginning to ignore the backlash and security rumors highlighted by the US against Huawei, analysts said.

Vodafone, a major carrier in Europe, teamed up with Huawei to launch the first commercial 5G mobile services in Spain on Saturday, covering 15 major cities in the country including Madrid, Barcelona and Seville, the Xinhua News Agency reported.

With 5G mobile phones, 5G customers in Spain will experience download speeds of up to 1Gbps at onset of the launch and up to 2Gbps by the end of the year, which means it would be 10 times faster than that of the 4G network, Xinhua said, citing Vodafone.

"It has become inevitable that more companies will choose Huawei, although the Chinese firm faces opposition from the US," Xiang Ligang, director-general of the Beijing-based Information Consumption Alliance, told the Global Times on Sunday.