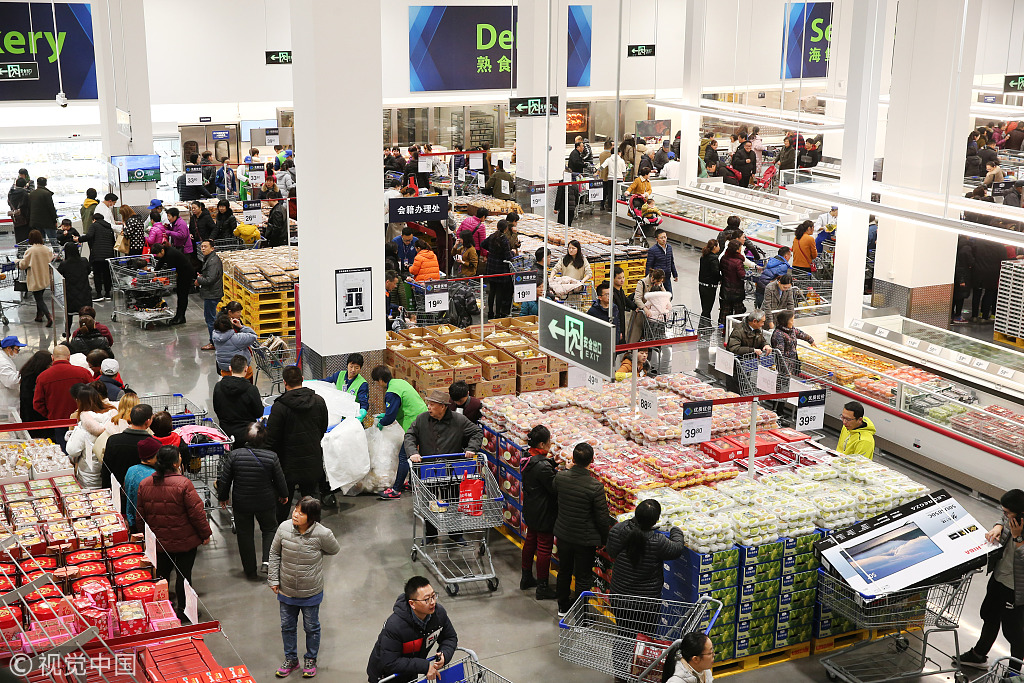 China will introduce incentives to support consumption in key areas while increasing effective investment as part of its efforts to shore up the economy, the country's top economic planner has said.

"We will keep the economy operating within a reasonable range for 2019 while striving for a good start in the first quarter," said Ning Jizhe, deputy head of the National Development and Reform Commission, in a media interview Monday.

Consumption should better play its fundamental role in supporting growth, with policies to be rolled out to stabilize consumption for automobiles and home appliances, Ning said.

The country should tap into the country's consumption potential by pushing reforms in the income distribution system and increasing the income of low-income groups, he said.

At the same time, China will increase effective investment in key areas including relocation programs for the poor and major infrastructure projects, Ning said.

The country will increase the scale of investment in the central budget, while attracting more social capital into key projects, he said.

China will also step up efforts to push the implementation of key foreign investment projects. While the first group of such projects, including the new plant of US electric carmaker Tesla in Shanghai, has seen notable progress, the country will advance the second group, which will focus on new energy.

Ning said that the country would help ease the financing strain on private companies, with incentives to encourage high-quality firms to issue bonds to raise funds.