BUSINESS China must look for alternatives to US market

China must look for alternatives to US market 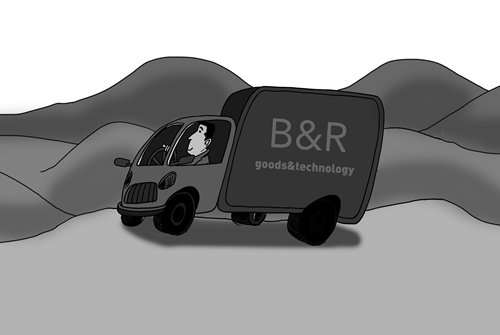 One critical question hovering over the gathering trade tension between the world's two largest economies is this: If the administration of US President Donald Trump is bent on closing the country's door to China and erecting higher barriers to hold back Chinese manufactured goods, could China find alternative markets?It is true that up to one-fifth of what China exported in 2017 (totaling $2.31 trillion) was bought by US consumers. If Chinese imports are blocked in the US amid a wave of protectionism and unilateralism, it will be imperative for China to seek a remedy. Some Chinese experts have said that the central authorities should devote more efforts to nourishing mutually beneficial trade and economic ties with China's other economic partners - the emerging BRICS economies, European countries, African states and members of the Association of Southeast Asian Nations (ASEAN) in particular. With this in mind, China started from July 1 to implement much lower import tariffs - down from the previous 25 percent to 15 percent - on sedan cars and SUVs. But vehicles imported from the US are not eligible for the tariff reduction, as the Trump administration has stuck to its trade actions against China. In a related move, China announced it would reduce tariffs on imports of soybeans, chemicals, textiles, medical care equipment, steel and aluminum products from India, South Korea, Bangladesh, Laos and Sri Lanka. There have been some concerns that as China turns to other trade partners, it may create new trade surpluses that could lead to other trade conflicts. However, China's trade surplus with the US was formed based on the comparative advantages on both sides. The situation could be different with other trade partners. Countries such as South Korea and Laos actually have a trade surplus with China. And the tariff reduction moves will create more balanced trade relations with them.There can be no single approach to surpluses and deficits in bilateral trade relations with different countries. Finding ways to develop trade will benefit every party and lower the potential threat of conflict. China can leverage its growing economic power to help all its neighbors to develop their economies. Faster economic development driven by construction and infrastructure projects in those trade partners will boost demand for raw materials and market scale, hence filling the gap left by the US as a result of trade friction.And, at this pivotal time, it is of increasing prominence and significance to be resolute and consistent in shoring up the acclaimed Belt and Road (B&R) initiative, which aims to build a network of railroads and shipping lanes linking more than 70 countries across Asia, Africa and Europe. The ultimate goal of the massive plan is to allow all participating economies to prosper through collaborating with China and constructing modern infrastructure projects, telecommunications facilities, power plants, and creating more jobs and higher wages.After the countries along the B&R route become better integrated and more affluent, these economies will generate more consumer demand for Chinese goods and technology - something that could effectively make up for the loss of Chinese exports to the US market. Some analysts have forecast that a network of trading routes worth $1.6 trillion a year will come into being. In the past four years, China has invested approximately $1 trillion in launching hundreds of projects along the B&R route, mainly in the infrastructure, transport, telecom and energy sectors. As a result, economic activity and trade flows with these countries are rising, jobs are being created, and local consumption is increasing as well. The International Finance Forum (IFF) recently interviewed 26 central banks participating in the B&R initiative, and 92 percent of them said the initiative can raise their economic growth by 1-2 percent per year. And one fifth of the central banks advocate using China's yuan as a bilateral trade settlement currency. The initial success of the initiative is now attracting many Western consortiums to jump in. This runs in sharp contrast to the situation a few months ago when detractors tried to downplay the B&R initiative as an expensive boondoggle, claiming it was a highly political scheme burning a lot of Chinese State funds in search of an illusory return. Many countries in Asia, Africa and Europe are eager for an economic uplift. Unlike the US, China could and should extend a helping hand to them. Once these economies become more active, they in turn can offer new markets for China.