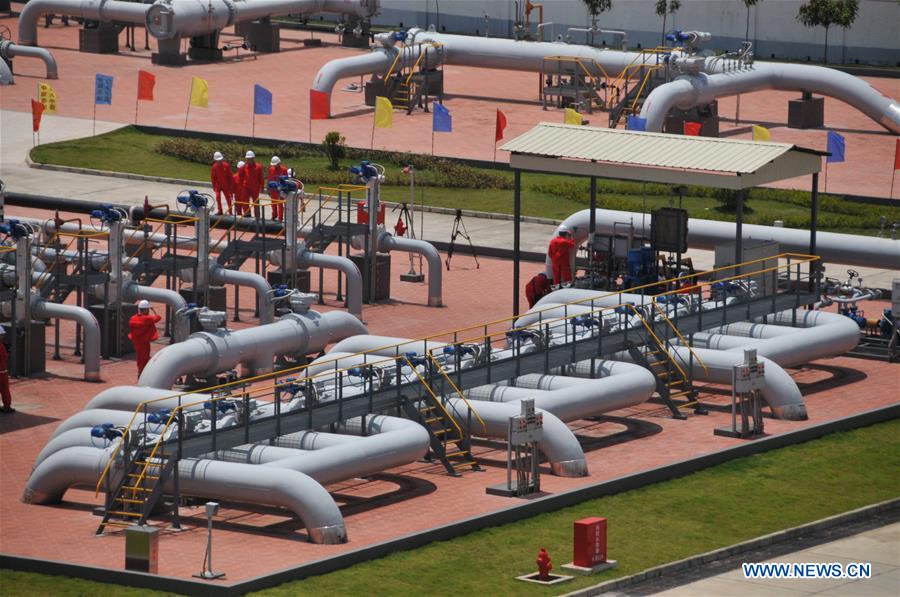 China imported 10.8 million tonnes of crude oil via the China-Myanmar oil and gas pipeline in 2019, up 6.3 percent year on year, according to the Kunming Customs in southwest China's Yunnan Province.

The Kunming Customs said Tuesday that the import value amounted to 37.7 billion yuan (about 5.5 billion U.S. dollars), up 3.9 percent.

Meanwhile, the imports of natural gas from Myanmar amounted to 3.4 million tonnes, up 54 percent from 2018, with a total value of 12.1 billion yuan, an annual increase of 74.1 percent.

Crude oil started entering China via the 1,420-km China-Myanmar crude oil pipeline from June 2017, and the China-Myanmar natural gas pipeline was put into operation in July 2013.

According to the Dehong oil and gas transmission branch of the China National Petroleum Corporation, China has imported about 26.9 million tonnes of crude oil and 24.6 billion cubic meters of natural gas through the China-Myanmar oil and gas pipeline.