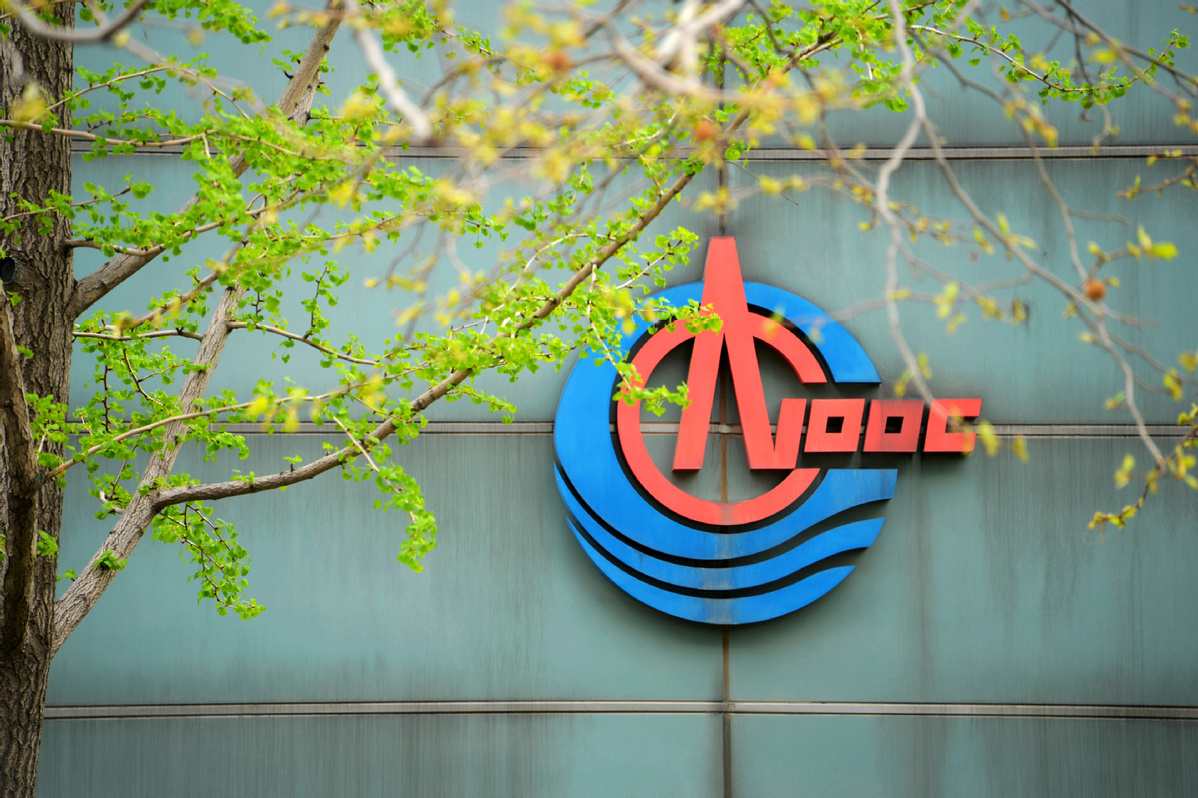 The logo of China National Offshore Oil Corp (CNOOC) is pictured at its headquarters in Beijing, China April 4, 2018. (Photo/Agencies）

The company has steadily pushed forward its new energy business, including offshore wind power, while advancing studies in fields of hydrogen energy, geothermal energy and natural gas hydrate, towards a sustainable development of the country.

As many as 23 commercial discoveries were made and 30 oil and gas bearing structures were successfully appraised last year, the corporation said.