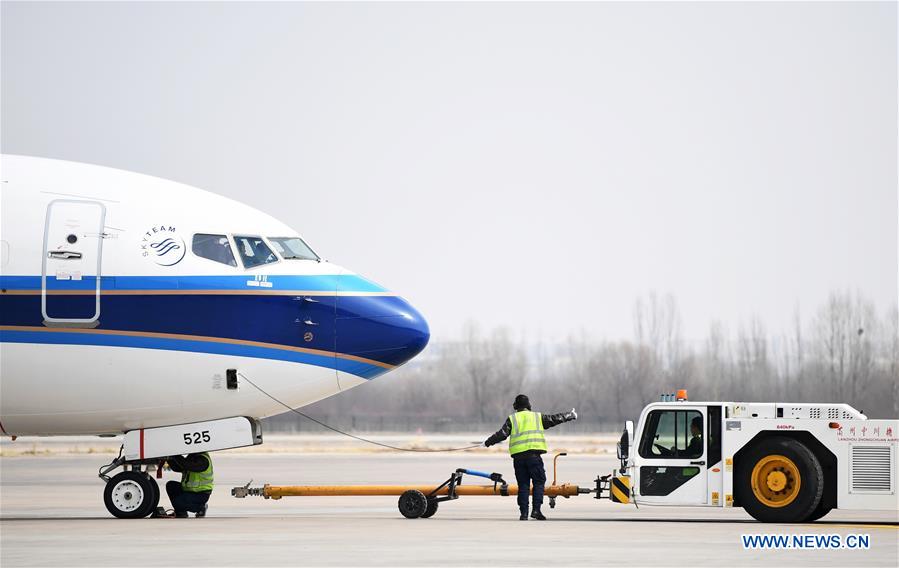 BEIJING, Feb. 22 (Xinhua) -- China's top economic planner has approved an airport expansion project in Lanzhou, capital of the northwestern province of Gansu, to facilitate the development of the city into a regional aviation hub.

The combined investment for the phase-3 expansion of Lanzhou Zhongchuan International Airport amounted to 33.55 billion yuan (about 4.8 billion U.S. dollars), according to a statement on the website of the National Development and Reform Commission (NDRC).

The expansion is designed to elevate the airport's annual passenger throughput capacity to 38 million in 2030 when the total cargo turnover is expected to reach 300,000 tonnes.

After the expansion, the airport will be better connected with the regional railway network and Lanzhou's urban rail transit, and boost local economic development, the NDRC said.

With a registered population of 3.75 million in 2018, Lanzhou is a major industrial base and complex transport hub along the Silk Road Economic Belt.

The NDRC approved 157 fixed-asset investment projects with combined investment totaling 1.33 trillion yuan in 2019, with a large part of the investment put into transportation and energy projects.