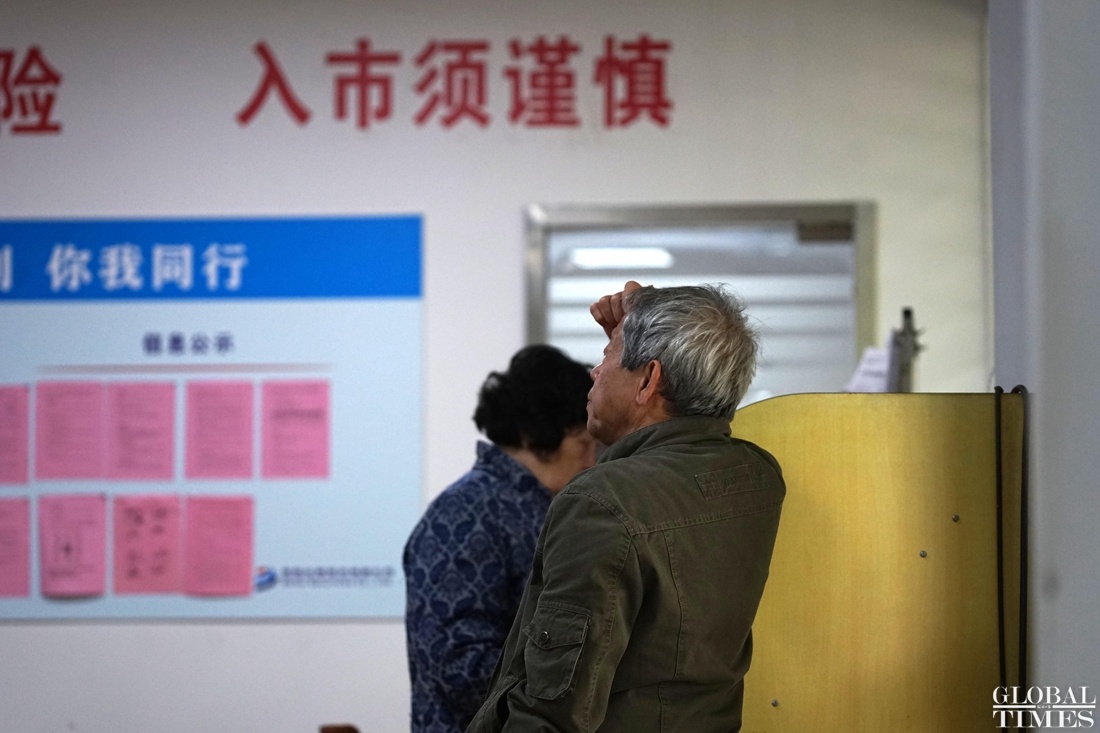 Retail investors check the information at a stock exchange center in Shanghai's Zhangwu Road on May 6, 2019. (Photo: Global Times)

China needs to explore a registration-based IPO framework that fits into the country's realities, said Xiao Gang, a member of the National Committee of the Chinese People's Political Consultative Conference (CPPCC) and a former head of the country's securities regulator.

In an exclusive interview with the Securities Times that was published on Thursday, Xiao said that registration-based IPO reforms are a project "pulling an ox by the nose" - the key link to renovating the market - the linchpin of which is to handle the relationship between the government and the market, put a focus on information disclosure, truly relegate power to the market, and reduce unnecessary administrative intervention.

China now uses a registration-based IPO system on Shanghai's STAR Market and the ChiNext board in Shenzhen, based on which the securities regulator will further consider the IPO reform to be extended to all parts of its stock markets in a safe manner, Gao Li, a spokesperson for the China Securities Regulatory Commission (CSRC), said on Friday.

There has been an improvement in the ecosystem of the local stock market, which is maturing with the entry of more professional and institutional investors, the deepening of reforms in the STAR Market and the ChiNext market. These factors, combined with the normalization of delisting rules and tougher legal enforcement, mean there's less speculation on underperforming stocks, according to the former CSRC head.

He also warned of the risk of asset bubbles as too many people chase the so-called leading stocks.

"Sooner or later, the market will correct [itself]," he commented.

In a sign that this may be happening, shares of Chinese premium distiller Kweichow Moutai plunged 5 percent to close Thursday narrowly above 2,000 yuan ($309.13), bringing its losses since February 18, the first trading day of the Year of the Ox, to 21.84 percent, entering a bear market in technical terms. Its shares rose 71.36 percent for the whole of 2020.

The flagship Shanghai Composite Index shed 2.05 percent on Thursday, while the ChiNext index plummeted 4.87 percent, as broad losses in US stocks on Wednesday over an uptick in the 10-year Treasury bond yield fed panic through the global market.