BUSINESS China never to make use of third party in trade talks with US: FM

China never to make use of third party in trade talks with US: FM 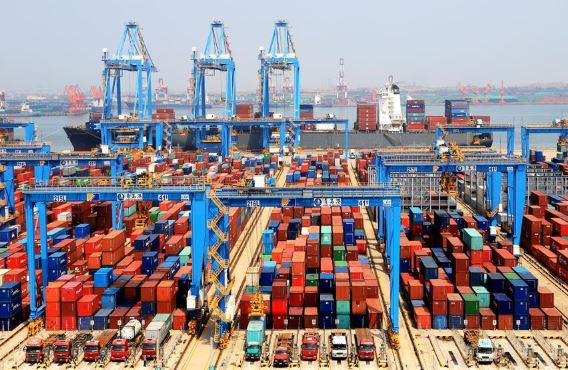 PARIS, Oct. 22 (Xinhua) -- Chinese State Councilor and Foreign Minister Wang Yi has said that China will not make use of a third party in trade talks with the United States.

In an interview with AFP during his visit to France on Monday, Wang noted that the trade war was started by the United States and China was forced to make necessary and reasonable reaction.

Beijing aims to protect China's legitimate rights and interests while safeguarding the free trade system and the common interests of other countries including France, he said.

The latest round of consultations between the two sides has made substantial progress, laying an important foundation for achieving a phased agreement, he said.

Facts have shown that as long as both sides carry out equal consultations in the spirits of mutual respect, there is absolutely solutions acceptable for both, otherwise the consultations will be disturbed or suffer a setback, Wang said, adding that there are lessons to draw in this respect.

An agreement between China and the United States means that China's self-promoted reform and opening-up measures are recognized and supported by more countries, and indicates that the United States will adopt a more equal attitude in economic and trade consultations with other countries, including with the European Union (EU), he said.

As a result, such an agreement will be foremost beneficial for China and the United States and also for other countries such as France, Wang said.

Wang noted that in economic and trade consultations with the United States, China will not make use of the third party or affect a third party, much less sacrifice a third party such as China-Europe ties.

As the world's largest potential market, China's opening up is to all, and China will open up even wider not only to America, but also to France and the rest of the world, Wang stressed.

Wang also voiced hope that while conducting trade talks with other countries, the EU will also not affect a third party or undermine China's legitimate interests.

He called on the EU to continue to provide a more fair, just, and non-discriminatory business environment for Chinese enterprises.

China is ready to work with other countries to jointly safeguard the free trade system and follow the trend of globalization, so as to build an open world economy, Wang said.