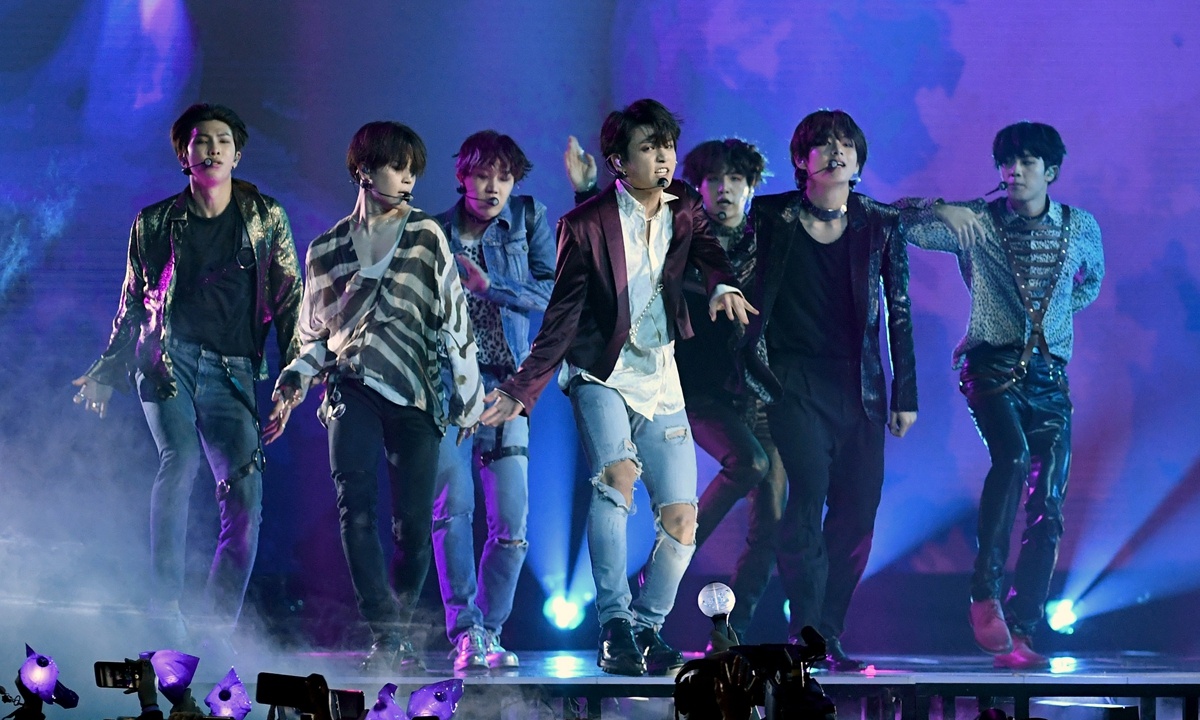 China did not issue any policies to restrict the entry of South Korean hit boy band BTS-related products as some South Korean media alleged, Chinese officials said on Wednesday, noting China is willing to make active and joint efforts with South Korea to promote friendship between the two countries.

The comments come after some South Korean media reports said Chinese customs are no longer giving clearance to any products that are BTS-related, after the band's remarks on the Korean War angered Chinese netizens, who said the K-pop group's one-sided attitude to the war negates history.

Some reports also said Chinese logistics firm, Yunda Express, and other firms have boycotted the shipments of goods related to BTS.

Both China's Foreign Ministry and Chinese Ambassador to South Korea have refuted the reports on Wednesday, saying China has not released any such policies and described the reports as "untrue" and "irresponsible."

"We do hope that similar irresponsible reports and comments do not continue to interfere with the atmosphere of relations between our two countries," Zhao Lijian, spokesperson of Chinese Foreign Ministry, told reporters at a regular press conference in Beijing on Wednesday, calling on people to learn "the lessons of history, look into the future, cherish peace and promote friendliness."

China attaches great importance to South Korea and China-South Korea relations, cherishes the profound friendship between the two in the fight against the epidemic, and is willing to work together with South Korea to maintain friendly bilateral relations and promote continuous new and greater development of bilateral ties, Wang Wei, Chinese Ambassador to South Korea, said on Wednesday.

After receiving the General James A. Van Fleet Award, an award celebrating US-Korea relations, the team leader of BTS, said: "we will always remember the history of pain that our two nations shared together and the sacrifices of countless men and women."

The two nations he was referring to are the US and South Korea. Many Chinese netizens pointed out that the speech plays up to US netizens, despite the fact that country played the role of aggressor in the war.

Some Chinese fans of the group declared they would stop following the K-pop group.