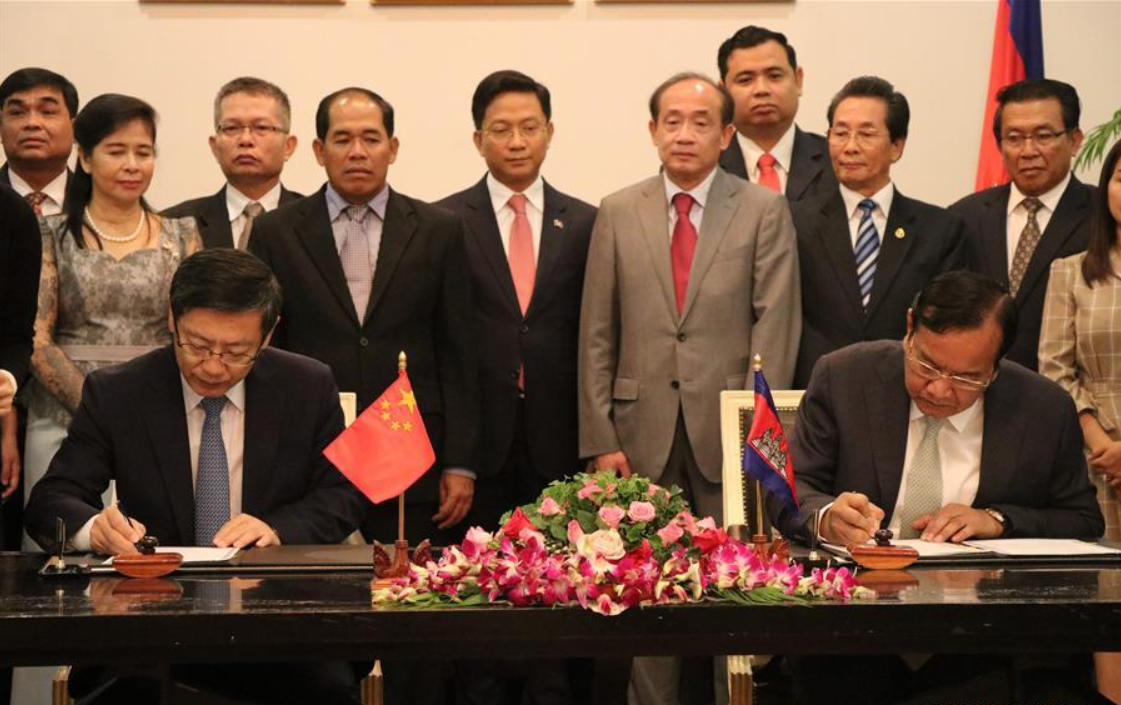 PHNOM PENH, Feb. 14 (Xinhua) -- China provided 7.66 million US dollars from the Lancang-Mekong Cooperation (LMC) Special Fund 2018 to Cambodia on Thursday for implementing 19 projects in the country.

China initiated the LMC Special Fund during the first LMC Leaders' meeting in Sanya of southern China's Hainan province in March 2016 with the aim of supporting the small- and medium-sized cooperation projects put forward by the six Lancang-Mekong countries.

"We firmly believe that the successful implementation of these projects would bring huge benefits to the Cambodian people and improve their livelihoods in many areas, including education, health, tourism, etc.," he said.

"Let's work jointly for the sub-region to progress rapidly and steadily on the fast lane of development, injecting strong vitality into Asian and global economy, and making a positive contribution to the establishment of the community of shared future for mankind," Wang said.

Sokhonn extended his profound thanks to China for approving and financing 19 Cambodian projects under the LMC Special Fund 2018, with a total amount of 7.66 million dollars.

"Since the launch of the LMC, Cambodia has received a total of 35 projects covering a broad scope of cooperation activities in the field of agriculture, tourism, ICT, education and research, water resources, rural development, air connectivity, cultural and religious exchanges," he said.

"Several of them were completed and the remaining are near completion or have made substantial progress," he added.

The Cambodian top diplomat said the signing ceremony on Thursday was undoubtedly a piece of concrete evidence that the LMC is moving from strength to strength, saying that although these projects are small, their impact for the sub-region is significant.

"To me, the other true value of these small projects is that they can produce tangible results that touch the lives of the people and contribute to improving their well-being," Sokhonn said.

He gave an example of a specific project in December 2017 that provided an opportunity for 25 rural students from southern Cambodia's Kandal province to study telecommunication and engineering at the Tianjin Sino-German University of Applied Sciences.

"For students coming from rural areas, these are their dream scholarships, which will most likely enable them to secure their dream jobs after graduation," he said.