Bangkok (People's Daily) - A conference to promote investment between Thailand and China’s Southwest city of Chengdu was organized on Friday in Bangkok by Jinniu District of Chengdu Municipal People’s Government. 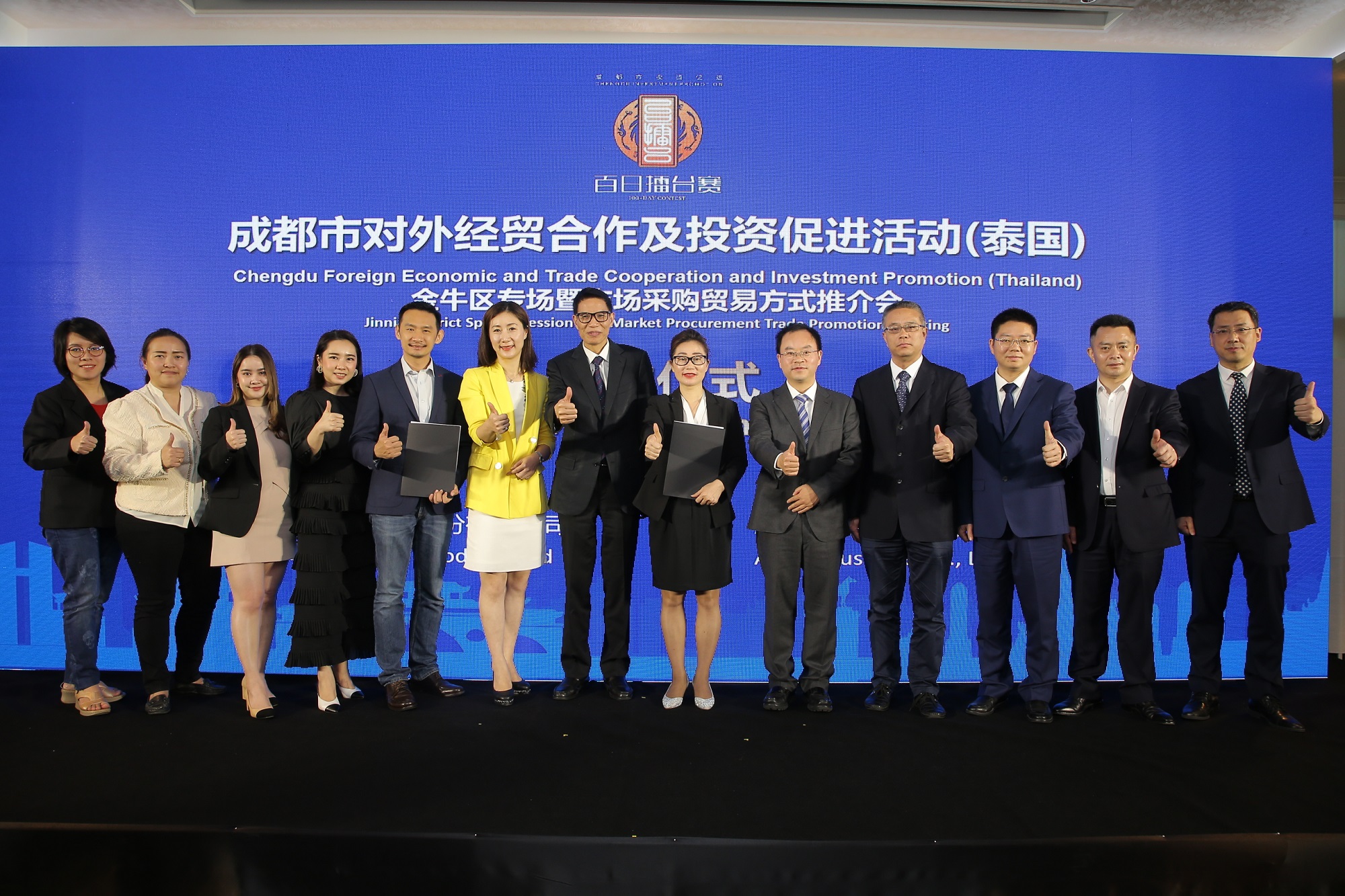 Chinese officials flew to Thailand to wooing Thai Investors to invest in “Jinniu Commercial Area”, the No.1 manufacturing base of Chengdu, in Southwest China’ s Sichuan province. The district guaranteed special privileges including licenses, tax, and E-commerce assistance for investors.

The conference seeks to promote economic and commercial collaborations between the two countries. The conference was joined by representatives of over 40 leading companies from Jinniu District and Thailand.

Yu Jian, Deputy Head of Jinniu District of Chengdu Municipal People’s Government, said that the district is among the five central urban areas of Chengdu City. It is strategically located in China and is an important manufacturing base. The number of traditional commodity markets has accounted for more than half of Chengdu City’s total area.

Jinniu District has the potential to support overseas investments as it has convenient logistics network and transportation. Situated around 20 kilometers from Shuangliu International Airport, it is the hub of urban tourism, medicine and health, and cutting-edge technology. Jinniu District’s major projects include Yisha Chengdu International Trade City, Yinxing Plaza, and Group 3, 5, and 6 commercial plot projects of Wukuaishi Street, and the electronic and artificial intelligence equipment manufacturing base which are seeking investment from Thai investors. 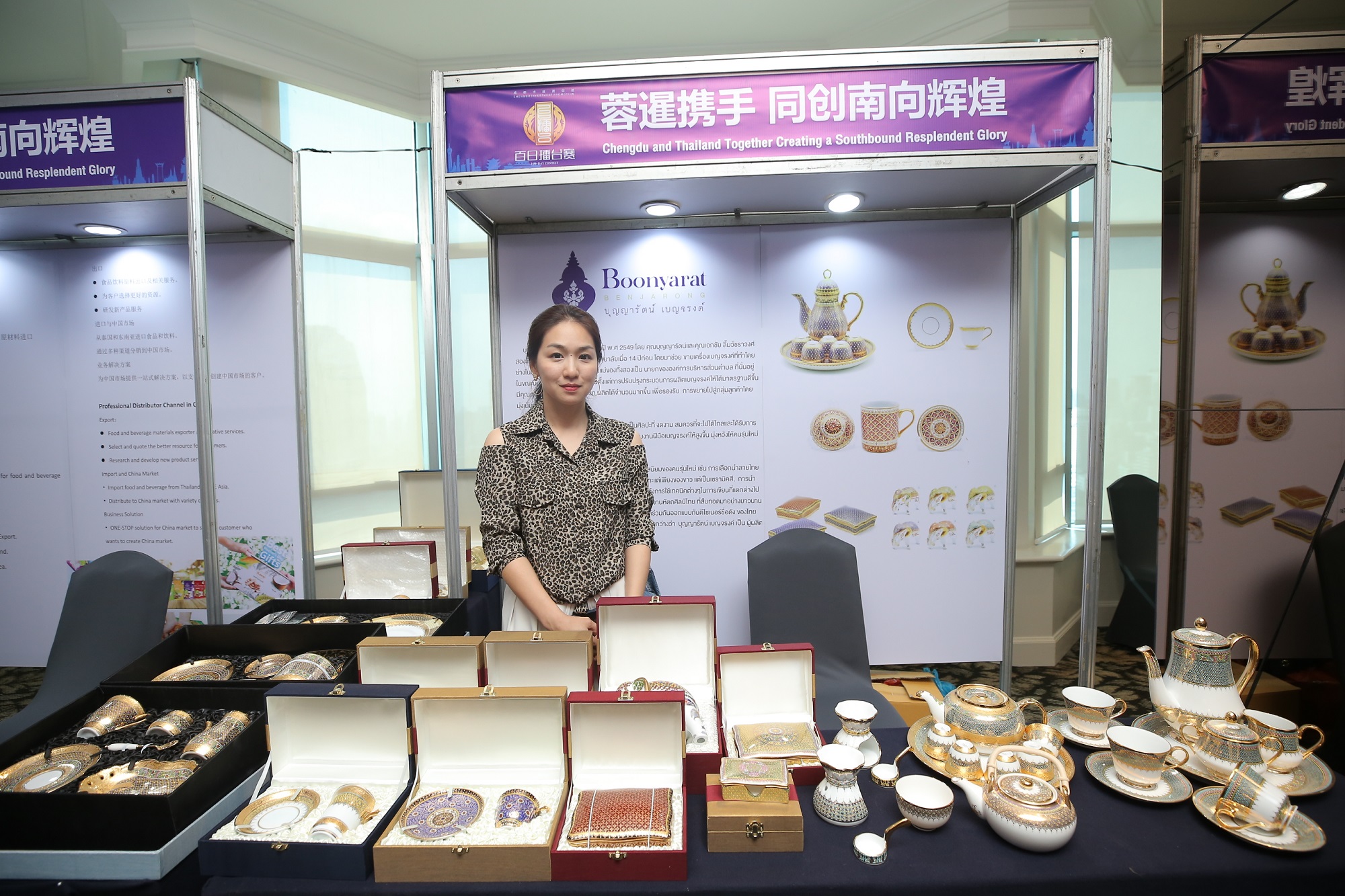 Basking in the limelight is Yisha Chengdu International Trade City, the giant trade and exhibition center showcasing products and services from worldwide manufacturers. The city has been successful in luring more than 38,000 investors to invest in China and attracts 80,000-100,000 daily visitors, accounting to 60 billion yuan per year. The City features more than 20 categories of products covering over 400,000 items. The first phase comprises seven exhibition zones including clothes and apparel, fashion, IT, electrical supplies, home decoration items, etc. Others include herbal products or world-renowned traditional Chinese medicines in which Jinniu District is the famous in the country.

Yisha Chengdu International Trade City also provides trade and exhibition centers for its member countries including Spain, Russia, Sri Lanka, and Japan. Thailand’s trade and exhibition center is also being constructed to serve Thai businesses seeking a venue to display and market products in China, especially agricultural goods which are popular in Chengdu. Investors wanting to invest in Jinniu Commercial Area will benefit from the VIP one-stop service provided by the government department which includes license and tax benefits. Plus, there will be assistance on E-Commerce knowledge transfer to leverage excellence in skills and trade collaborations. Interpreters in different languages will also be provided to facilitate communication.