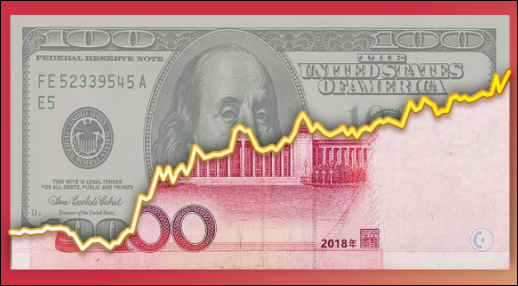 The central parity rate of the Chinese currency renminbi, or the yuan, weakened 605 basis points to 6.7671 against the US dollar Friday, according to the China Foreign Exchange Trade System.

The People's Bank of China fixed the yuan midpoint 605 pips or 0.9 percent weaker than the previous fix of 6.7066.

Friday's fixing was the lowest since July 14, 2017, while the move was the biggest one-day weakening in percentage terms since June 27, 2016.

The central parity rate of the yuan against the US dollar is based on a weighted average of prices offered by market makers before the opening of the interbank market each business day.