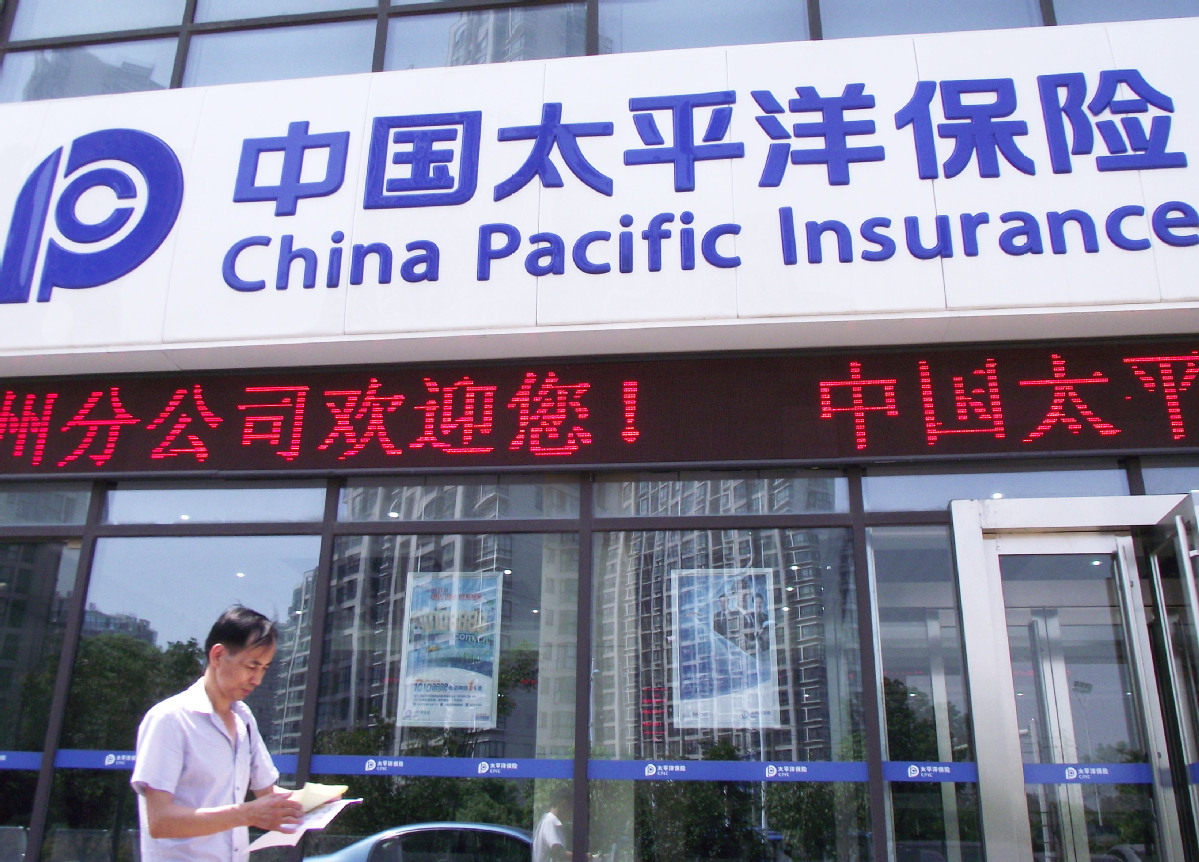 The insurer's GDR started conditional trading on the London bourse on Wednesday, which indicates that GDRs invested during the conditional trading period cannot be converted into underlying A shares within 120 days. The GDR will start official trading on June 22, thereafter the above condition will be removed, said the company in an announcement released on Tuesday.

China Pacific Insurance will offer about 102.87 million GDRs, each of which represents five A shares of the company, said the prospectus. The price of the GDR has been finalized at $17.6 per share. Once the company exercises the overallotment option, which will not exceed 10 percent of the base offering, the total proceeds of the issuance will be around $1.99 billion.

Data from Bloomberg showed that the GDRs issued by China Pacific Insurance are the largest listing by a Chinese company in the European stock market.

The insurance company's chairman, Kong Qingwei, said that the GDR issue will boost economic and trade ties between China and the United Kingdom, and also represents the further opening-up of China's capital market.

The company said in its prospectus that at least 70 percent of the net proceeds will be used for its main insurance businesses, exploring overseas opportunities such as equity investments as well as mergers and acquisitions in developed and emerging markets. The rest will be used to build a venture capital platform, investing in projects related to healthcare, elderly care and other technologies.

The GDR issued by China Pacific Insurance is the second project rolled out under the Shanghai-London stock connect mechanism, which was launched on June 17, 2019. The first project under the stock connect program was the GDR issue of Huatai Securities in June last year.

China Pacific Insurance has introduced Swiss Re Principal Investments Co Asia Pte Ltd as its cornerstone investor. The Swiss reinsurance company has purchased about 28.88 million GDRs, which have a three-year lock-in period.

Liu Xinqi, chief analyst of non-banking financial sector from Guotai Junan Securities, wrote in a note that the introduction of a strategic investor from a developed market will help optimize the corporate governance of China Pacific Insurance. As long-term institutional and strategic investors are the major investors in the GDRs, the prices of the insurer's GDR and shares on the other two bourses will not fluctuate significantly.

The issuance of GDRs will help China Pacific Insurance to build an overseas financing platform to advance its go-global strategy, he said.

The company's results for the first fiscal quarter which ended on March 31, showed that its total sales revenue increased 3.8 percent on a yearly basis to 138.1 billion yuan ($19.5 billion), while net profit surged 53.1 percent to 8.4 billion yuan.