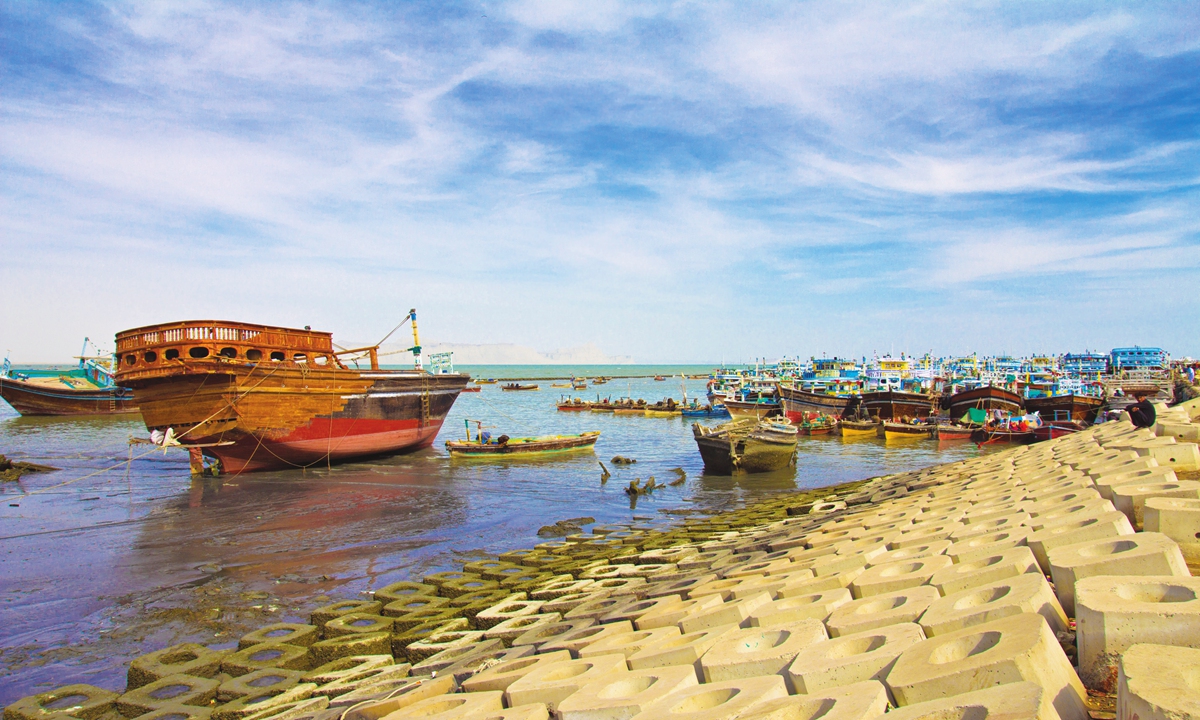 On April 11, Pakistan's parliament elected Shahbaz Sharif as the country's new prime minister. As the new leader took office, relations between China and Pakistan are set to enter a heyday leveraging a long track-record of deep harmony.

Back in 2015, when Sharif served as the Chief Minister of Punjab, the two countries jointly launched the China-Pakistan Economic Corridor (CPEC), a signature project under the China-proposed Belt and Road Initiative (BRI). Sharif was then widely recognized for his performance in pushing China-Pakistan ties into a higher gear, especially when it came to CPEC.

Close economic ties are manifested in bilateral trade flow. In the first two months of 2022, Pakistan's exports to China crossed the $67 million mark, a 23 percent increase year-on-year. The prospects of economic cooperation between China and Pakistan are unlimited, underpinned by an existing multi-dimensional and enduring strategic, economic partnership based on mutual trust, respect and harmony.

The two neighboring countries have eyed numerous development goals. Among others, the main thrust in future will be on modern industrialization and tech-enabled science and technology joint-ventures. Petrochemical, hydro-energy projects, oil refineries, biodiversity and electrical vehicles and infrastructure are all considered priority areas.

Over recent months, economic turmoil has swept through a number of South Asian countries including Sri Lanka and Nepal. With blatant opposition to BRI due to its characteristics as lone challenger to imperial powers, India and Western countries try to undermine Chinese loans as a "debt-trap." And prompted by their cold war mentality, Western politicians and media outlets keep rolling out misinformation targeting BRI.

For instance, their venom includes that Pakistan - being a BRI country in South Asia that is facing economic challenges and political instability - is struggling to meet its financial debts because Chinese loans include a high markup, which has exacerbated Pakistan's financial crunch.

However, Western propaganda has been exposed when former planning and development minister of Pakistan Asad Umar said that Pakistan did not have a "China debt" problem pertaining to loan financing from the CPEC project. In reality, majority of loans is taken at a concessional rate of two percent interest, and China has bestowed many grants as well for different CPEC projects.

Chinese debt comprises only 10 percent of Pakistan's general debt (domestic and foreign) and 26 percent of its external debt, according to Asad Umar. So the 74 percent of the loan Pakistan took from the rest of the world — mostly from the West and multilateral agencies — somewhat doesn't endanger Pakistan but it faces a threat from this 26 percent? This is a completely upside down argument. The same is true in Sri Lanka and Nepal, which have also become victims to the insidiousness of Western negativity.

Dismissing China's practical vision of shared prosperity through the BRI, India - being a strong ally of the US - has been duped into believing that China is a threat to its integrity and stumbling block on its way to economic ascendency. And New Delhi has always looked to expand its influence in South Asia by dismissing China's normal economic cooperation with neighboring countries.

Regarding CPEC projects, India's hostility has been on show for a while. It has refused to join the BRI citing sovereignty concerns. Flying in the face of RCEP, India is promoting its Act East Policy aiming to further enhance and strengthen India's ties with the ASEAN nations and the neighboring countries through culture, commerce, connectivity and capacity building.

Further in a bid to disregard the scope of BRI, India has supported the US-led new global infrastructure initiative "Build Back Better World."

On the other hand, China always heralds vision of shared destiny, win-win cooperation, a rules-based international law, co-existence philosophy and non-interference policy. Since the emergence of game-changer BRI, South Asia has unleashed its effort to be part of a shared destiny.

Propelled by the CPEC, Pakistan manages to ease its energy crisis that had been afflicting industries, businesses and most importantly, the daily lives of ordinary people. Under the CPEC, a total of nine energy projects including Sahiwal coal-fired power plant added 5,320 megawatts to the national grid. As part of the CPEC, a nearly 1,100-kilometer-long road network has been constructed while a further 850 kilometers is under construction. Gwadar Port, a jewel of the CPEC, once was a small fishing town, is now fully functional and emerging as an economic and logistics hub. On a whole, the CPEC has generated direct 75,000 jobs and half a million indirect jobs to date.

Under the BRI, Chinese companies have also completed more than $15 billion worth of infrastructure projects in Sri Lanka, having positively contributed to its maritime sector.
Chinese efforts are also afoot to assist South Asian countries to manage economic challenges. According to a statement on the website of Pakistan government, two facilities worth $4.3 billion matured in March, of which China's State Administration of Foreign Exchange deposits worth $2 billion, have been rolled over.

The China International Development Cooperation Agency vowed on Tuesday to offer emergency humanitarian assistance to Sri Lanka, and China is willing to help the country confront current difficulties as a long-standing friendly neighbor, according to Xu Wei, a spokesperson for the agency.