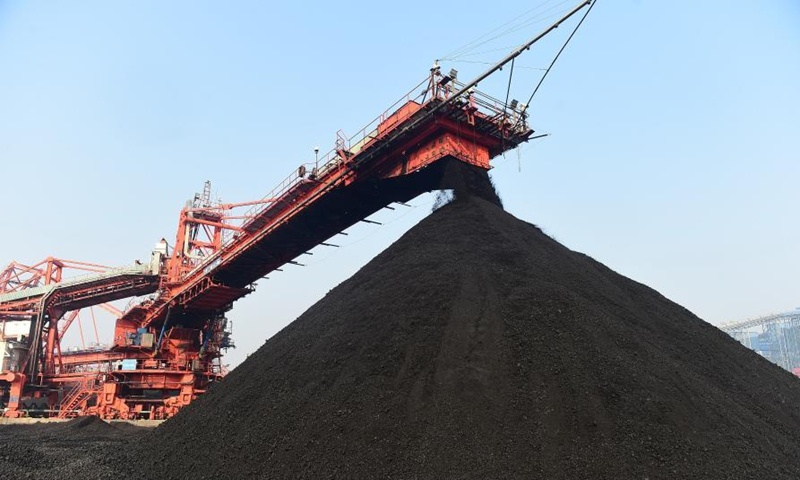 A total of 16 opencast coal mines in Ordos City of North China's Inner Mongolia Autonomous Region with a forecast annual output of 25 million tons received their land using approvals recently, according to a statement from the National Development and Reform Commission (NDRC) on Wednesday. Business insiders believe that the move is aimed at boosting the country's coal reserves.

NDRC announced on Wednesday that the accelerated construction of coal mines would release more capacity across domestic coal mines. NDRC also mentioned that there were 20 coal mines in total approved in last month.

An anonymous government official of Inner Mongolia Autonomous Region told Global Times on Wednesday that the approval of newly built coal mines in the autonomous region was a further step to ensure China's intensive coal supply and was also a solution to counter the surging international coal price.

Global Times learnt from a source close to the event that reports on the coal import suspension were accurate but that there was only a tangential connection between the suspension and a surge in coal futures.

NDRC also said in the announcement that multiple coal mines with a forecast annual capacity of nearly 50 million tons will likely be granted approval by the middle of September, and the total increased monthly capacity of domestic produced coal is estimated to surpass 7 million tons after these new facilities come online.