BUSINESS China persists in opening up as globalization wanes

China persists in opening up as globalization wanes 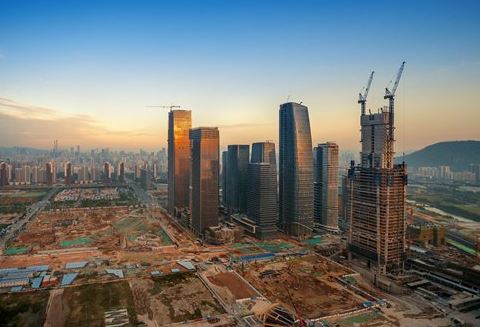 China's opening-up policies are presenting a new pattern with local governments ratcheting up efforts to improve free trade zone (FTZ) policies and update Economic and Technological Development Zones. The efforts reflect China's insistence on opening-up efforts, despite external pressure such as the China-US trade war and the shrinking pace of globalization in some developed countries, experts said. "At a time when many countries' opening-up pace is disrupted, China is instead ramping up its opening-up policies, as the country believes that it must evolve from 'big to strong' via the globalization process," Cong Yi, a professor at the Tianjin University of Finance and Economics, told the Global Times on Tuesday. According to Cong's observations, China's opening-up pattern is shifting from an old model of focusing on attracting overseas capital to a new pattern where the government encourages both "coming in" and "going out." To achieve this, local governments are mulling policies to bring the economy in line with international standards. On Monday, Shenzhen city government launched a series of measures to deepen reforms and innovation in its FTZ. The measures not only further ease regulations on overseas enterprises, but also improve services for Chinese companies that invest abroad. Sense of urgency According to the new measures, overseas architecture companies in the Shenzhen FTZ will not be restricted by current overseas investment proportion limits if they are contracted to participate in a Sino-foreign joint construction project in South China's Guangdong Province.The measures also ease requirements on the proportion of foreign technical personnel in overseas-invested construction design enterprises. They have also updated services, especially in the financial sector, for Chinese companies that do business in the overseas markets. For example, it encourages banking and financial institutions in the FTZ to issue yuan-denominated loans for overseas institutions and projects, in order to satisfy the financing needs of Chinese companies for overseas investment and large equipment exports. Song Ding, a research fellow at the Shenzhen-based China Development Institute, said that the Shenzhen FTZ had been set up with the intention of absorbing talented financial professionals with management experience from neighboring Hong Kong, but the effects had not been very obvious at the beginning. "Now the local government is further relaxing financial policies for the trade zone to attract Hong Kong-based financial companies," Song told the Global Times. "I believe that with this geographical proximity, it will become a pioneer in China's strategic mission to boost the globalization of the yuan." The Shenzhen FTZ was also given the green light by the local government to launch tax service measures "in line with international standards, according to the new measures. According to Song, other regional economic policies, which include establishing the Guangdong-Hong Kong-Macao Greater Bay Area, also bring a sense of urgency to  Shenzhen to speed up and improve its FTZ construction so it does not fall behind. Policy to practiceApart from FTZs, Chinese local governments are updating Economic and Technological Development Zones to put opening-up policies into practice. According to a report in the Economic Information Daily Monday, provinces and municipalities such as Shanghai, Guangdong, and East China's Jiangsu and Shandong  provinces are mulling reforms for their Economic and Technological Development Zones. Those measures will be gradually rolled out from mid-July at the earliest. Compared with FTZs, those zones will tilt toward industrial layout such as high-end manufacturing, Cong said, adding that some of the opening-up polices for FTZs like yuan services might be copied in Economic and Technological Development Zones. In the first five months of this year, the overseas capital used in China's 219 Economic and Technological Development Zones accounted for one-fifth of the nation's overall overseas capital usage, the report noted. According to Cong, China is creating conditions to carry out and experiment with more opening-up policies.