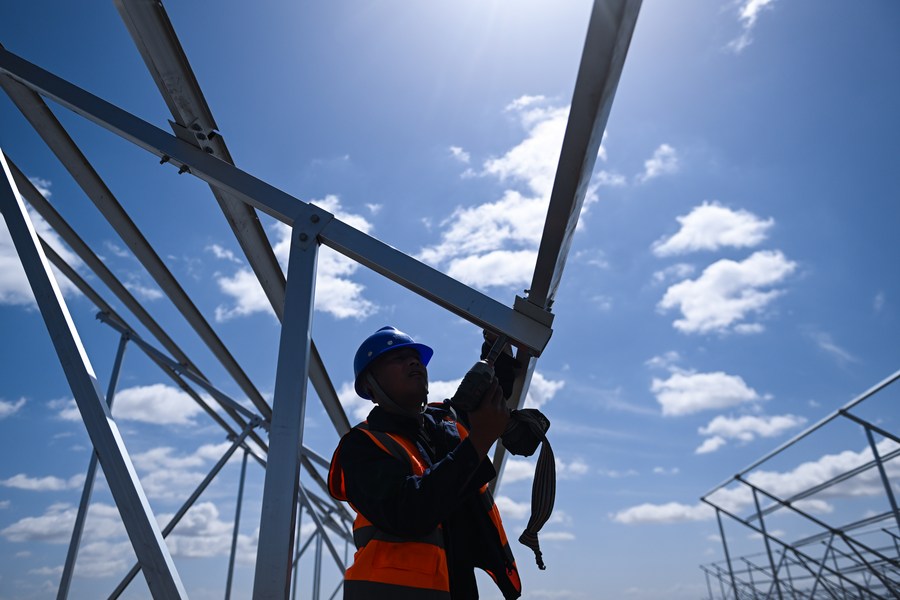 China is planning a third batch of projects supported by special government bonds, and will speed up the construction of a batch of key projects in the second half of the year, the country's top economic regulator said on Tuesday.

"Investment plays a crucial role in supporting economic development amid downward pressures," Luo Guosan, director of the Department of Fixed Asset Investment at the National Development and Reform Commission, said at a news conference in Beijing on Tuesday.

Some experts have been calling for allocating some of the 2023 quota for local government special bonds in advance in the fourth quarter of this year, saying more efforts are still needed to consolidate the economic recovery amid sporadic COVID-19 outbreaks since July and uncertainties both at home and abroad.

During the first seven months, the NDRC had approved 65 fixed-asset investment projects worth more than 1 trillion yuan. In July, the commission approved eight projects worth 236.8 billion yuan, mainly in fields like water conservancy and energy.

For the second half of the year, the NDRC will work with other departments and localities to advance the preparation and accelerate the implementation of key projects, striving to keep stable growth in investment for the full year, Luo said.

Luo's remarks follow the publication of data that China's industrial output and investment grew steadily in July despite COVID-19 outbreaks and weakening demand.

Figures released by the National Bureau of Statistics showed value-added industrial output grew by 3.8 percent in July from a year earlier, and fixed-asset investment increased by 5.7 percent in the January-July period compared with a year earlier.

Yuan Da, director of the Department of Comprehensive National Economy at the NDRC, said China's economy has stabilized in recent months despite pressures and uncertainties, showcasing its strong resilience and huge potential.

The economy, he predicted, will continue to rebound on the government's effective measures to control the pandemic and with policy measures taking effect.

More efforts will also be made to continuously optimize the business environment, promote the healthy and sustained development of the platform economy, promote consumption in key fields, continue to waive purchase taxes on new energy vehicles and accelerate the implementation of key foreign-invested projects, Yuan said.

Looking to the third and fourth quarters of the year, Zheng Houcheng, director of the Yingda Securities Research Institute, warned of pressures from a cloudy global economic outlook, continuing COVID-19 outbreaks and persistent weakness in the property market, saying it is necessary for the government to place the task of stabilizing growth high on the agenda, further expand demand and roll out supportive measures when necessary.

Thanks to the surprise interest rate cuts by the People's Bank of China on Monday, China's loan prime rates are likely to see reductions this month, which will help stabilize property investment, Zheng said.

He called for more efforts to spur consumption in key fields like car purchases as well as increase support for high-tech and strategic emerging industries.