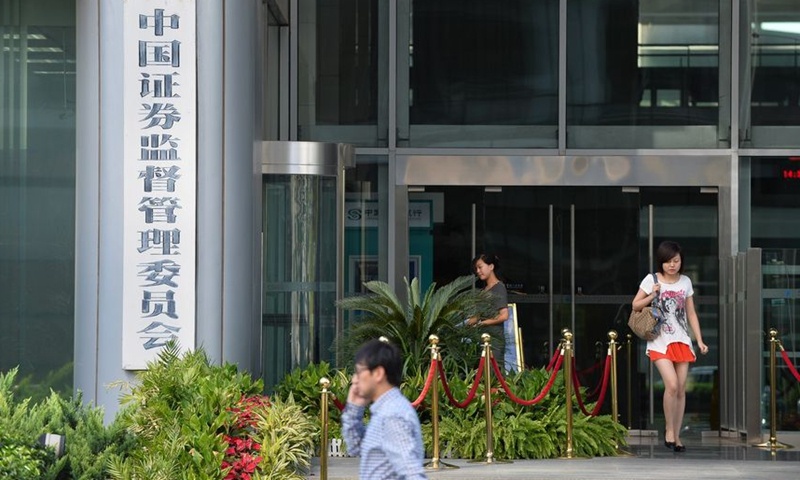 China will engage in cross-border accounting and auditing cooperation according to laws and regulations, the General Office of the State Council, China's cabinet, said in a guideline released recently. Experts said that the move reflected China's inclination to provide a better environment for US-listed Chinese mainland companies by resolving China-US divergences in IPO mechanism, though it would still hold to the bottom line of not sharing Chinese firms' accounting documents.

In the guideline, the State Council noted that China should cooperate with overseas countries in auditing and accounting supervision, safeguard China's economic information security and companies' legitimate rights, and enhance China's global credibility and influence, according to an article published by gov.cn on Monday.

The State Council's stress on auditing cooperation came just days after the China Securities Regulatory Commission (CSRC) said it will create conditions to cooperate with the US over how it supervises China's auditing companies.

Economists see those messages as a cooperative gesture taken by China to resolve the thorny issue that could see $1.3 trillion worth of shares being delisted from US exchanges because of a bilateral dispute over auditing standards.

The US implemented an act in December 2020 that would kick foreign companies off US stock exchanges if they don't comply with US auditing standards. The move is generally read as the former Trump administration's effort to target US companies listed on US bourses.

"This would ease US investors' suspicion and cause the valuations of some US-listed Chinese stocks to improve," he told the Global Times, adding that enhanced cross-border management could increase overseas capital's attention to innovative mainland projects, which would in turn make domestic companies more confident of their financing situation.

"It would create a better environment for Chinese companies listed in the US and reduce their IPO cost," Kuang said.

Dong Dengxin, director of the Finance and Securities Institute of Wuhan University, said that strengthening the supervision of accounting firms and their employees is conducive to improving information disclosure by listed companies, which would eventually be helpful in protecting investors' rights and interests.

"It is expected that China will still adhere to the bottom line of bilateral cross-border cooperation, which is, the American Institute of Certified Public Accountants does not have the authority to directly access the accounting documents of Chinese enterprises, and US securities regulators need to work with the CSRC in a collaborative manner to solve the problem," Dong Shaopeng, a senior research fellow at the Chongyang Institute for Financial Studies at Renmin University of China, told the Global Times.

Kuang also said that even if the two countries cooperate on financial auditing, it wouldn't lead to a large number of Chinese companies seeking US IPOs.

"Now we can ease the anxiety by striving to narrow the (China-US) gap, but we can't eliminate the gap ... the China-US environment can't return to the past," he said.