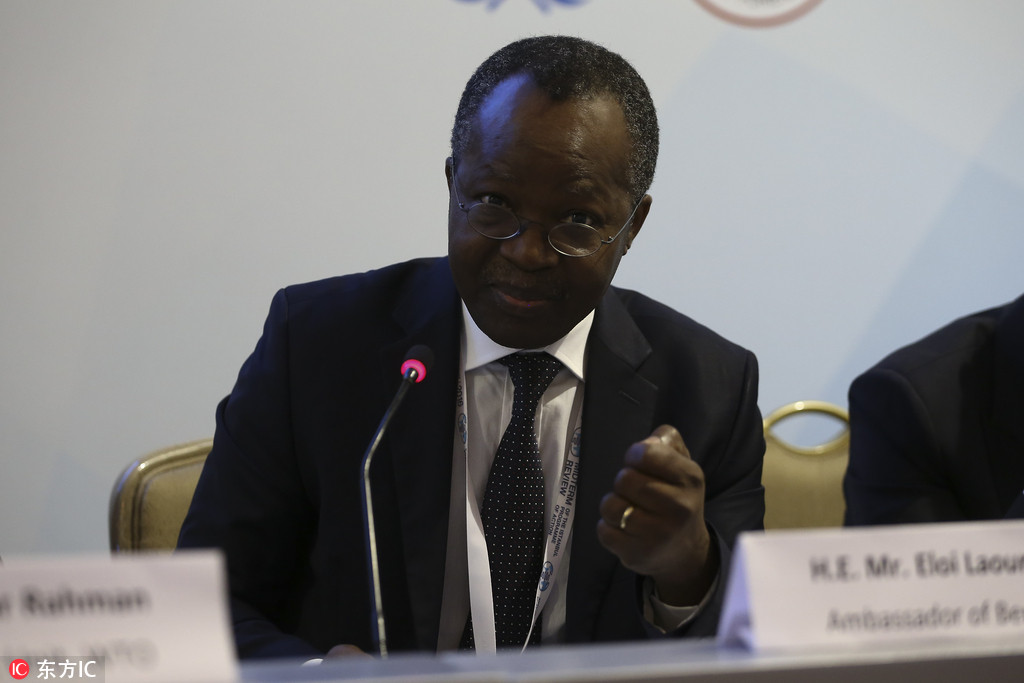 Eloi Laourou, coordinator of the less-developing-country consultative group at the WTO. (Photo: IC)

The World Trade Organization members have attached great importance to China's role in driving global growth and protecting the multilateral trading system from being destroyed, the organization's senior coordinator said on Friday.

"In their interventions, (the WTO) members highlighted the importance of China's contribution to global growth over recent years," said Eloi Laourou, coordinator of the less-developing-country consultative group at the WTO, when concluding its two-day review assessing China's trade policy.

As ambassador and permanent representative of Benin to the United Nations offices in Geneva, Laourou chaired the WTO's review session on China's trade policy on Wednesday and Friday.

The review has been held every two years since China was listed as one of the top four trading economies in the world.

It was the seventh time for China to accept the review since its WTO accession.

"This seventh trade policy review of China has allowed us to take a closer look at the trade and economic policies of China and to deepen our understanding of developments in those policies since its previous review in 2016," Laourou said.

Seventy WTO members expressed their opinions at the two-day session.

Citing their notice, Laourou said the pace of China's economic expansion has been moderating recently, prompting China to rebalance growth by focusing on quality and sustainability rather than quantity.

Laourou said China, as the world's biggest trader and one of the largest recipients of foreign direct investment, and its policies have a direct impact on the global economy.

"Hence, (the WTO) members called upon China to assume the increased responsibility linked with being a major player in the multilateral trading system," Laourou said.

In his concludng remarks, Laourou said the members commended China on its recent reform initiatives aimed at broadening market access and investment opportunities, the greater involvement of the private sector in the economy, and its commitment to fossil fuel subsidy reform.

He also said that the members appreciated China's ongoing reform of customs procedures, such as further use of single windows, and commitments in the trade facilitation agreement.

Following the review, Wang said since the WTO review took place after the 19th National Congress of the Communist Party of China last November, it was an occasion for WTO members to understand China's new measures of opening up and liberalizing the market.

"They have assessed our latest trade policy and in the review, the WTO members have positively commented on our economic development and trade policy," Wang said.

The members were cited by Wang, saying that they acknowledge China's fulfillment to its WTO commitments has brought benefits and opportunities for other members.

"The members also have commended our contribution to the multilateral trading system and appreciated our help in facilitating trade with developing and less-developing countries," Wang said.

The policy review is an occasion for the major trading economies to undergo assessments from other WTO members but it produces no legally binding results.

"But we have attached great importance and prepared well for it," Wang said.

The WTO members have taken the review seriously, with 42 members sending 1,963 written questions to Wang's team before the review and at the two-day review.

Wang said his team had answered 1,627 questions and the rest will be addressed one month after the review.