While securing a phased success in curbing the COVID-19 epidemic at home, China has taken several measures that give it a vital role to play in stabilizing global industry chains. 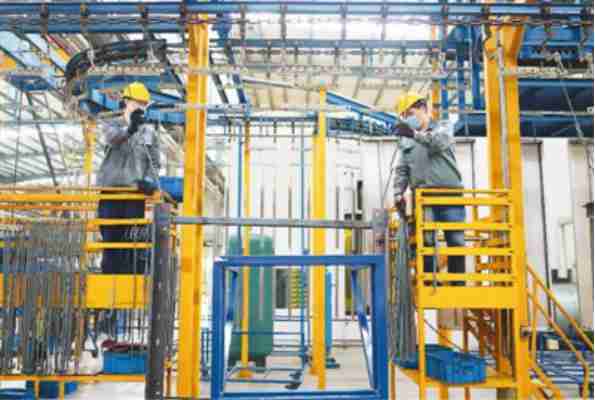 As the world’s second largest economy, largest industrial producer and largest trader of goods, China has accelerated the orderly resumption of work and production, and rolled out policies to maintain stability in foreign trade.

Work and production resumption of foreign trade firms in China has been progressing in an orderly manner, said Gao Feng, spokesperson of the country’s Ministry of Commerce, at a recent online press conference.

More than 76 percent of key firms in the sector have so far recovered over 70 percent of their production capacity, Gao said, adding that in March, the sub-indexes of the official manufacturing purchasing managers’ index that gauges new export orders and imports were 17.7 percentage points and 16.5 percentage points higher than that of the previous month, respectively.

Helping enterprises bring in overseas orders is a key part of the current raft of foreign trade policies, according to the ministry. To this end, the ministry will conduct a survey of more than 400,000 foreign enterprises, learning from their actual situations during the resumption of work and production while also coming to understand problems faced by micro, small, and medium-sized businesses.

Local governments across the country have also taken steps to boost foreign trade. In southeast China’s Fujian province, port construction fees levied on importers and exporters will be waived from March 1 to June 30, and cargo port fees and port facility security fees will be cut by 20 percent.

Despite the pandemic, instead of closing its doors, China will open wider to the outside world, which will translate into strong support for the foreign trade sector, Chinese Minister of Commerce Zhong Shan noted.

As a result, the country is calling on its trade partners to join hands to refine the international chains of industry and of logistics, and lower tariffs and barriers.

At the same time as taking resolute measures to contain the virus, China has also rolled out multiple policies to support enterprises in resuming work and production, fulfilling its responsibility as a key global player, said Arturo Oropeza García, a researcher at the National Autonomous University of Mexico, who believes that China will make greater contributions to boosting global trade growth.