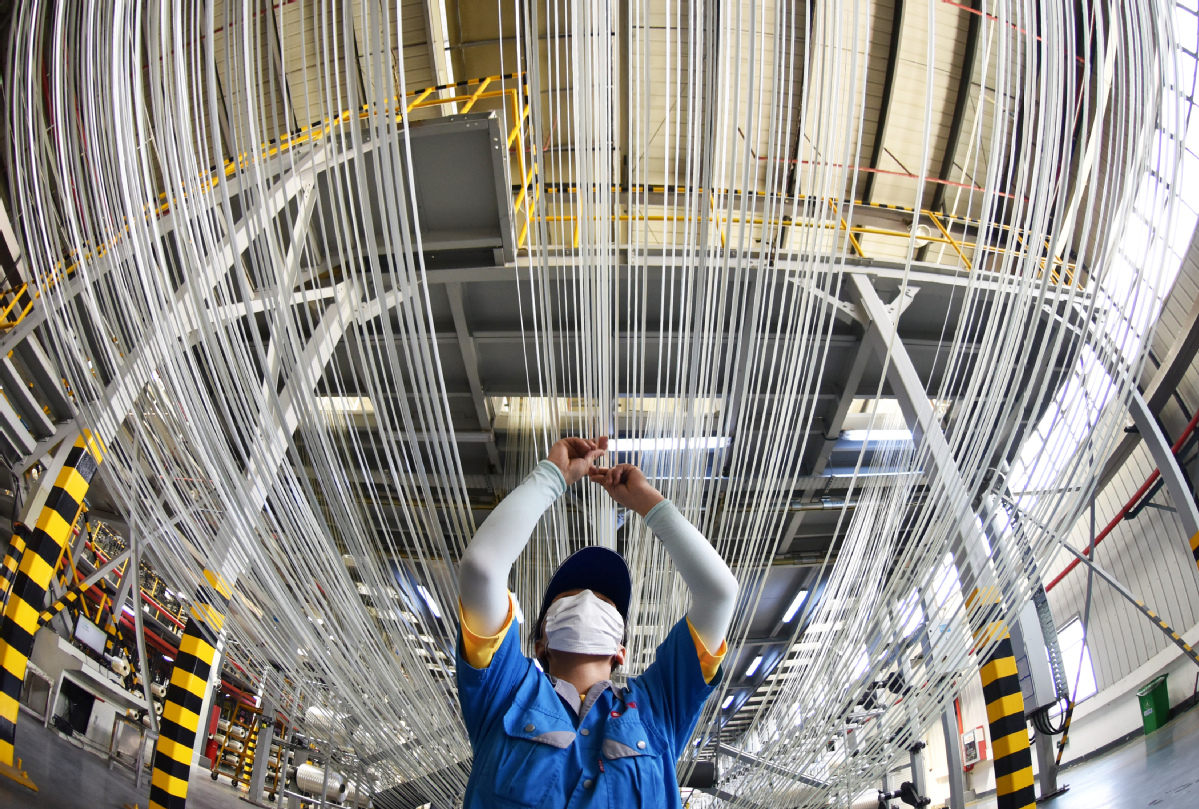 A worker checks the operation of a carbon fiber production line at a factory in Lianyungang, Jiangsu province. [Photo by Geng Yuhe/for China Daily]

China's economy will likely recover next year due to the optimization of COVID-19 containment measures, strong policy support and a low comparison base, a senior official said on Saturday.

Han Wenxiu, an official with the Central Committee for Financial and Economic Affairs, said China will see a notable rebound next year amid a sluggish global economy, and the resumption of life and production order will accelerate in the first half of 2023.

"China's economy is still highly resilient and has great potential and vitality, and the economic fundamentals that will sustain long-term growth remain unchanged," Han said.

Despite facing risks and challenges from the COVID impact, weak property market and changes in the international environment, Han said China has the confidence, conditions and capabilities to promote an overall economic rebound next year.

He was speaking after the Central Economic Work Conference concluded on Friday and mapped out priorities for next year's economic work.

Highlighting the importance of strengthening the coordination of macroeconomic policies, Han said the country will strengthen the implementation of a proactive fiscal policy and ensure prudent monetary policy is targeted and forceful to help spur the economic recovery next year.

Han noted that boosting domestic demand will hold the key to supporting growth next year amid weakening external demand, and more efforts should be made to fully unleash the potential of consumption and investment and encourage the private sector's participation in the construction of key national projects and projects focused on strengthening weak links.

When it comes to preventing and defusing financial risks, he said the property sector serves as a growth driver while posting risks, thus it is necessary to promote the transition to a new development model and ensure stable development of the property market.

Han made the remarks when addressing the annual conference on the Chinese economy, held by the China Center for International Economic Exchanges on Saturday.

During the past three years, China's economy expanded at an average annual growth rate of 4.5 percent, higher than the average growth pace for the global economy, he added.