GUIYANG, June 4 (Xinhua) -- Guizhou, a Chinese province known for its landscape resorts and ethnic culture, will offer vouchers worth 15 million yuan (about 2.11 million U.S. dollars) to boost consumption in the cultural and tourism industry which was severely affected by the COVID-19 epidemic, the provincial department of culture and tourism said on Thursday. 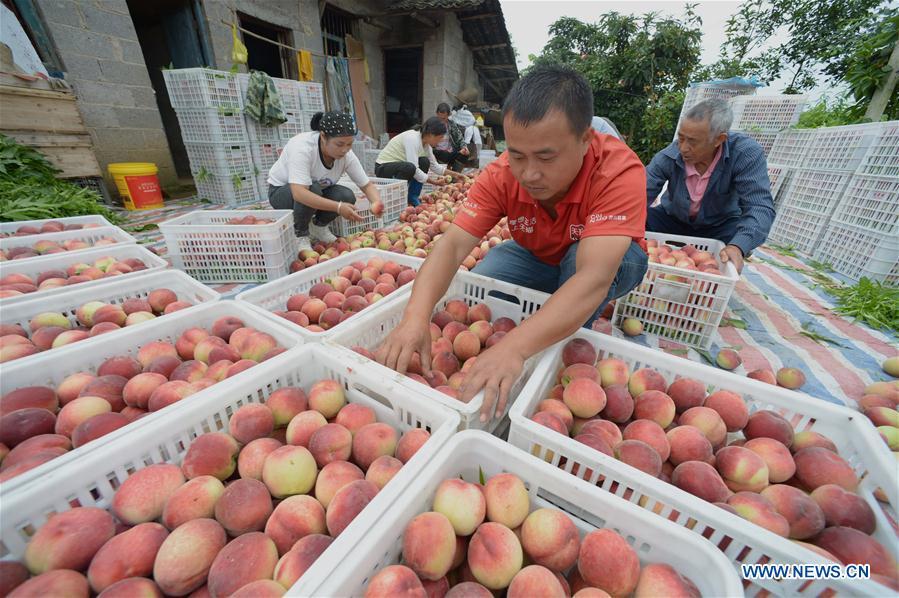 The first batch of e-vouchers, worth 5 million yuan, will be available on China's largest online travel agency, Trip.com, on Friday. It will cover more than 7,000 hotels and homestays, the department said.

The coupons will be issued from Friday until the end of the year in a bid to boost the local cultural and tourism market.

Guizhou Province is in southwestern China and boasts rich tourist resources such as China's largest waterfall Huangguoshu, the UNESCO world heritage site Mount Fanjingshan and a karst forest in Maolan.

Many Chinese cities, including Nanjing in east China's Jiangsu Province and Ningbo in east China's Zhejiang Province, have launched coupons to encourage residents to dine out and shop in an effort to boost consumption which was severely affected by the COVID-19 epidemic.