BEIJING - When China's decades-long opening-up met a pandemic on a scale unseen for over a century, the country chose not to slow down or postpone steps to connect its economy further with the rest of the world. The world's second-largest economy has raised hopes for a global recovery with its own accelerating economic rebound. 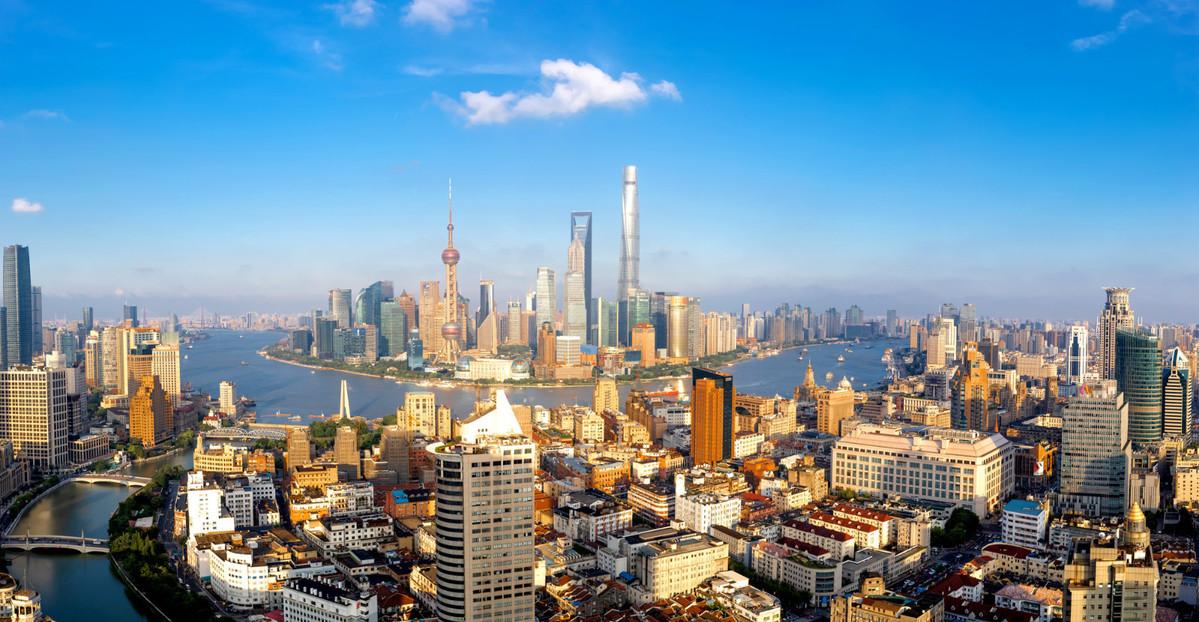 High-rises dominate the skyline on both sides of the Huangpu River in Shanghai. [Photo by Gao Erqiang/China Daily]

China has continued to seek greater synergy between the domestic and global economies in 2020, rather than lapsing into de-globalization or an economic decoupling.

In a year many would prefer to have skipped, China has stayed strong despite the worst recession since the Great Depression in the 1930s, and has upheld its commitment to boost economic connectivity as a major global growth engine.

In December 2019, the Annual Economic Work Conference that outlined China's development priorities and targets for 2020 stressed the importance of greater opening-up. It concluded that the country's opening-up should continue to develop on a larger scale and at a deeper level; foreign investment should be facilitated and better protected; and the country should further shorten its negative list for foreign investment and lower its overall tariff level.

In May, the country unveiled moves to pursue a new development paradigm of "dual circulation," which allows the domestic and overseas markets to reinforce each other, with the domestic market as the mainstay.

In September, the country unveiled three pilot free trade zones amid efforts to accelerate the formation of the new paradigm through a higher level of opening-up.

In November, the third China International Import Expo sealed greater deals than its previous iteration and saw face-to-face trading boost much-needed confidence in the global flow of goods and services.

Earlier this month, the country removed further items from its negative list for market access -- a boon to foreign investors.

And this year's Annual Economic Work Conference put opening-up high on the agenda: The country will aim for more open and inclusive growth that can be shared by all around the world.

Through consistent moves, China has sent a clear message to the world: The international community must close ranks to jointly respond to this crisis and meet the challenge. It must keep the global economy open in order to promote global recovery.

China has become the only major economy in the world to achieve positive growth in 2020. With its opening-up elevated to a higher level, the Chinese economy is generating positive spillover effects for the world's economic recovery.

Its strong performance this year has shown how much the world needs China to realize a sound global economic recovery in 2021, noted a recent Bloomberg opinion piece that shed light on China's key economic indicators for November.

"The world needs China more than ever. Thank goodness it's showing up: Economic data ... all looked strong and in line with forecasts," read the article published in mid-December.

Reviewing the global scene, the world's second-largest economy stands out all the more, the article added, calling China "indispensable" as other major economies are still "going the wrong way."

The global economy is projected to grow 4.2 percent next year, with China expected to account for over a third of that growth, said the Organisation for Economic Cooperation and Development in its latest Economic Outlook report.

"The countries and regions with effective test, track and isolate systems, where vaccination will be deployed rapidly, are likely to perform relatively well," read the report.

While the country has emerged from the global recession as the recovery frontrunner, it is also at the forefront of global COVID-19 vaccine development, with most vaccines undergoing phase-3 clinical trials. In order that the world can vanquish the pandemic as soon as possible, China stands ready to contribute to vaccine accessibility and affordability around the world, in developing countries in particular.

Xulio Rios, director of the Observatory of Chinese Politics in Spain, said China has not only taken domestic measures to control the pandemic and restart its economy but has also sent strong messages promoting cooperation to the international community.

Rios cited meetings such as the G20, APEC and BRICS, as well as the signature of the RCEP agreement, as evidence of China's support for cooperation, noting that China has demonstrated the correct response at this time: strengthening cooperation and multilateralism.