The middle section of the China-Russia east route natural gas project began operation on Thursday, providing a stable natural gas supply to the Beijing-Tianjin-Hebei region, according to a release by the China Oil & Gas Piping Network Corporation. 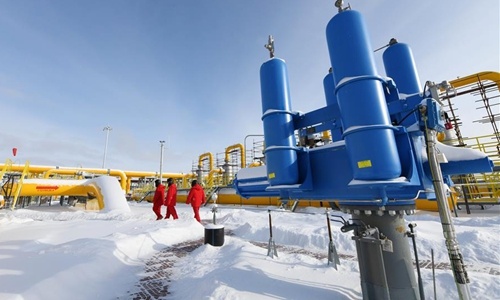 The middle section, which began construction in July 2019, has a total length of 1,110 kilometers. It will increase China' gas supply capacity by 27 million cubic meters per day, ensuring a stable gas supply throughout North China's winter heating season while improving air quality and the energy mix in the Bohai Economic Rim.