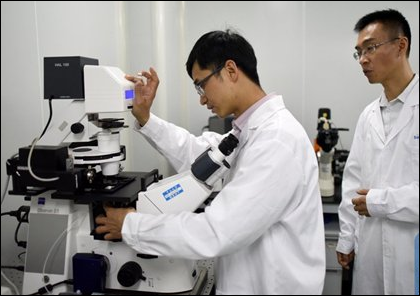 A promotion plan for further implementing a national intellectual property (IP) strategy to build China into a country with strong intellectual property rights (IPR) was released on Wednesday. An expert said the new plan stresses IP protection, application and international cooperation.The plan, released by the Office of the Inter-ministerial Joint Conference on the Implementation of IP Strategy under the State Council, includes five major targets and 106 measures.The Office of the Inter-ministerial Joint Conference on the Implementation of IP Strategy consists of 31 departments, including the National Intellectual Property Administration (CNIPA) and the National Development and Reform Commission (NDRC)."The promotion plan has been developed for years," Zhao Zhanling, an expert at the Center for IPR Studies at the China University of Political Science and Law, told the Global Times on Wednesday. "The 2019 plan places a focus on IP protection, application and international cooperation."The plan emphasizes IP work in the economic and trade field. It says that China should make full use of the existing multilateral and bilateral IPR dialogue and cooperation mechanisms to help resolve trade friction, especially with the US on the settlement of IPR-related issues.According to the plan, China has actively participated in global governance and rulemaking under multilateral frameworks such as the World Intellectual Property Organization (WIPO) and the WTO, and will continue promoting the application of the International Trademark Registration Process - Madrid system.As for international cooperation, the plan stresses cooperation with countries under the framework of the G20, BRICS, Belt and Road Initiative, and Asia-Pacific Economic Cooperation (APEC), regarding law enforcement, law making and IP protection.The plan also calls for more convenient service for applicants through departmental networking."The plan was sent to us in May, asking for trans-department cooperation to ease the procedures for IP application," an insider at the Beijing Patent Office who wished to remain anonymous told the Global Times on Wednesday.