China races to be world’s leader in big data industry 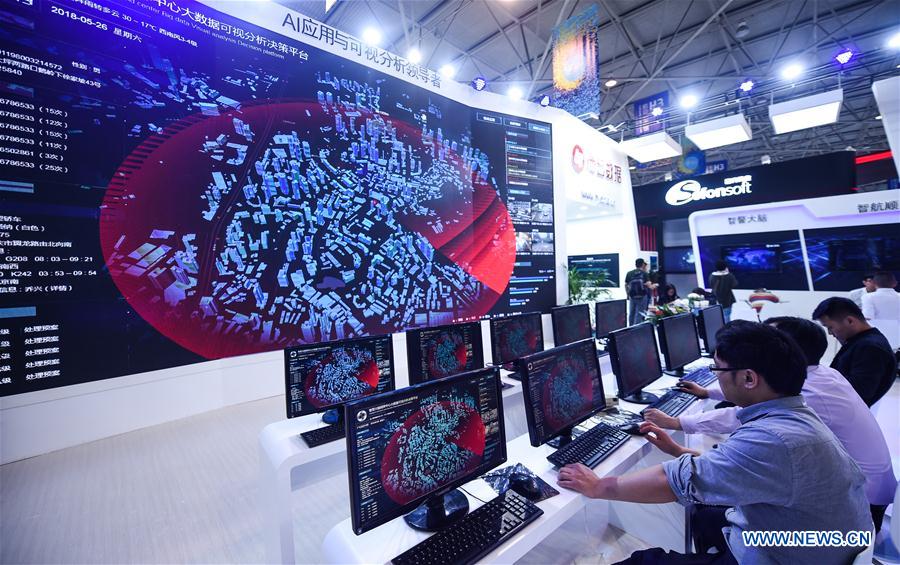 China is racing to be the world's leader in the big data industry, which is expected to improve people's lives, Chinese observers said. But they warned that data protection still remains a problem.

China will become the world's largest data producer, accounting for about a fifth of global data by 2020, as the nation ramps up resources to integrate cutting-edge information technologies into the real economy, Chen Zhaoxiong, vice-minister of industry and information technology, said at the start of the China International Big Data Industry Expo 2018, which opened Saturday in Guiyang, capital of Southwest China's Guizhou Province, gog.cn, a news site affiliated with Guizhou provincial government, reported on Saturday.

"The country has already made significant progress in the big data industry, with big data platforms established in manufacturing, commerce, finance, transportation and medical care," he noted.

Compared to industry leaders, China is blessed with its ability to collect and manage data due to the country's abundance of talent and government support, said Xiang Yang, industry analyst from Beijing-based CCID Consulting.

Big data technology, which has rapidly developed in China in recent years, is mostly used to improve people's lives and help the government make decisions, Qin An, head of the Beijing-based Institute of China Cyberspace Strategy, told the Global Times on Sunday.

By collecting online diagnosis of 100,000 cataract patients in Guizhou, the center said three-year program hopes to compensate for the lack of professional ophthalmologists in remote and poor counties in the province.

The facial recognition system also helped the local public security bureau solve more than 90 percent of criminal cases, after the city established a big data command center, a publicity department official surnamed Huang from the Guiyang Public Security Bureau told the Global Times. "The system is also capable of scanning faces and comparing them to its database of at-large criminal suspects. One a match is made, police are immediately notified," Huang said.

Big data lawsDu Yuejin, director of Guizhou's big data security engineering research center, said that data security is at risk all over the world. He said it is necessary to constantly adjust data security, the Securities Times, a Chinese newspaper focusing on financial and securities information, reported Saturday.

Compared to global industry leaders, China still urgently needs laws to regulate its big data industry, and data operators should be more transparent on how they collect, share and manage data to dispel public concerns about privacy, Qin said.

The government implements strict regulations to protect privacy. Only employees at a certain level are allowed to access the data, so these private data operators should be more cautious, Xiang noted. Chinese police have detained more than 11,000 suspects from over 3,700 cases during the past two years for alleged misuse of personal information, the Xinhua News Agency reported in December.

Over the next three years, China is expected to draft laws to protect personal data and on net users' legal rights. The new laws are also expected to clarify the legitimate use of big data and cyber crimes, said Zhu Wei, a professor at the China University of Political Science and Law in Beijing.