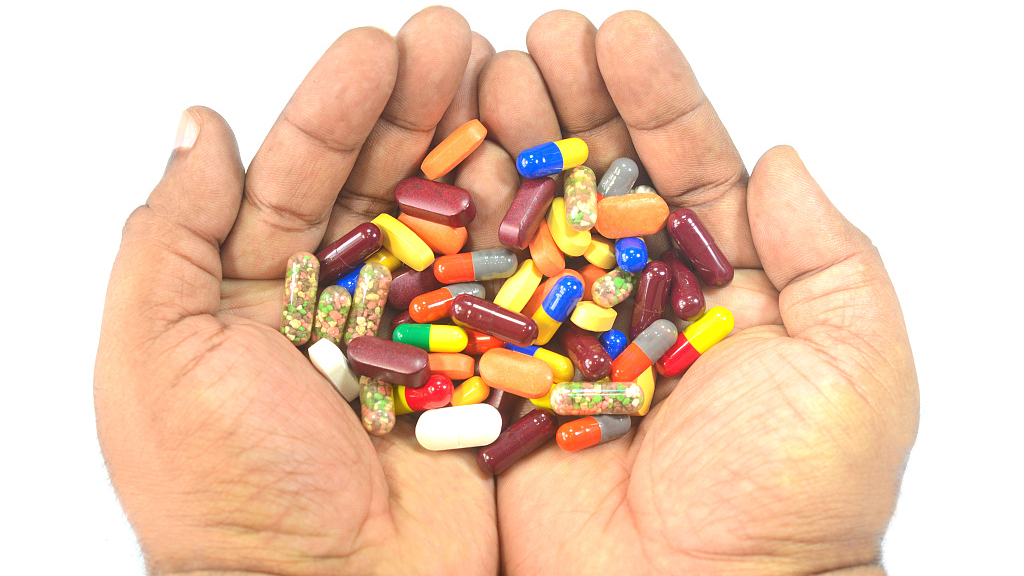 The revised law removes drugs that are unapproved in China but sold legally overseas from the category of fake medicines. (Photo: VCG)

China on Monday approved a revision in drug laws that will no longer treat legal foreign drugs, including generic drugs from India, as "fake medicines," allowing for greater leniency to people importing such drugs in a small amount.

China's top legislature, the Standing Committee of National People's Congress, Monday adopted the revised drug administration law, which will come into effect from December 1 this year.

The revised law removes drugs that are unapproved in China but sold legally overseas from the category of fake medicines. According to the previous laws, people caught importing unapproved medicines were considered "drug smugglers" and faced heavy penalties.

The latest revision states that people who take these drugs without official approval into China can be granted leniency if the amount of the drug is small. They will be exempt from punishment if the drug does not cause health problems or delay anyone's treatment.

The move is seen by some analysts as a sign of China opening up its market to cheaper generic medicines, especially from India, following the immense popularity of the movie "Dying to Survive" last year which highlighted the need for affordable medicines in China.

The Xu Zheng-starrer Chinese black comedy is based on the real-life case of a Chinese leukemia patient-turned-drug dealer who was jailed for smuggling a cheaper alternative from India and selling it to fellow Chinese patients who couldn't afford the exorbitantly priced official medication.

"Dying to Survive" went on to become China's third highest-grossing movie in 2018 with a box office collection of over 453 million US dollars. More importantly, the movie prompted intense online debate about the cost of medical care in China and called for action from the leadership.

"I think it is definitely a response to society's concern over the issue," Reuters quoted Yuan Jie, an official at the Legislative Affairs Commission of the Standing Committee of National People's Congress, as telling a press conference on Monday when asked about the change in the law.

Echoing Yuan's remarks, Liu Changqiu, a health law expert and research fellow at the Shanghai Academy of Social Sciences, told the Global Times that the revised clause addresses patients' needs. "Different countries may apply different standards to drugs, but patients should be allowed the right to buy legal foreign drugs as long as they are effective," he said.

Liu added, however, that the revision does not mean that China is ready to relax management on imported generic medicine. People who want to import generic drugs for business and profit would still require to register and get a pre-approval under the current laws. Experts warned, however, that legal risks still remained for distributors who buy drugs abroad.

"The law underscored China's commitment to pharmaceutical research and development in the general rules section, and added or improved over 10 clauses to encourage innovation," the agency quoted Liu Pei, a senior official with the National Medical Products Administration, as saying.

The intense public reaction to "Dying to Survive" coincided with China slashing tariffs on 28 drugs including anti-cancer drugs from India, which have a substantial demand in China due to cheaper pricing than their Western variants.

Chinese Premier Li Keqiang emphasized that cooperation in generic drugs can lead to "healthier China-India trade relations," while the then Chinese ambassador to India (and currently China's vice foreign minister) said it would "help reduce trade imbalance" between the two countries.

In a message to the first-ever meeting of drug regulators from India and China in Shanghai on June 21, Indian Ambassador to China Vikram Misri called for a "clear roadmap" for increasing the share of Indian medicines in the Chinese market. He also called for regular interactions between Chinese and Indian officials on the matter.