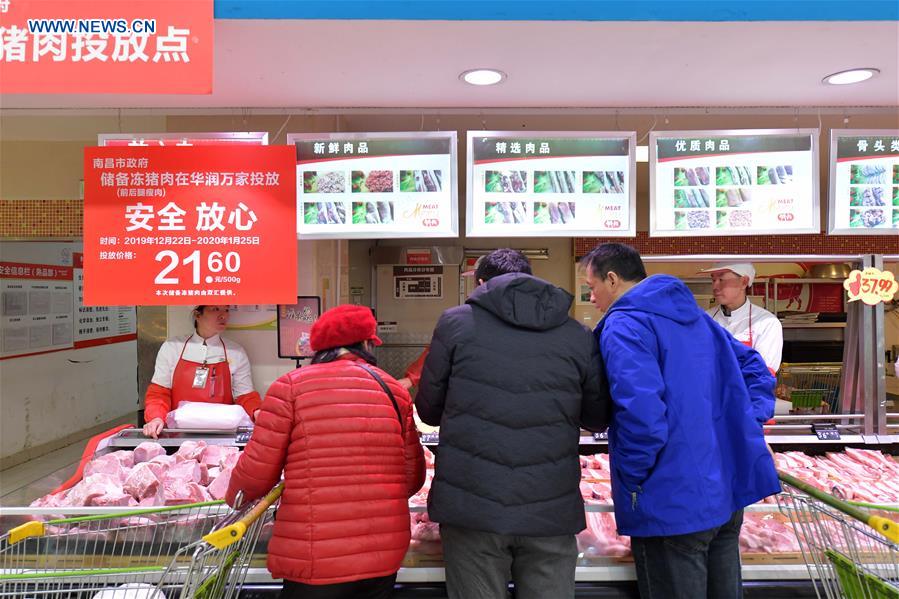 BEIJING, April 28 (Xinhua) -- China has released another 7,942.21 tonnes of frozen pork from its central reserves to increase market supply and stabilize pork prices, according to the National Development and Reform Commission.

China has finished 12 batches of pork release after the Lunar New Year holiday, the commission said in an online statement Tuesday.

Since mid-February, prices of the staple meat in China have sustained a retreating streak.

The commission said more frozen pork reserves would be put onto the market in the future in due course.