China's Ministry of Finance released on Thursday the full text of the phase one economic and trade agreement between China and the US. 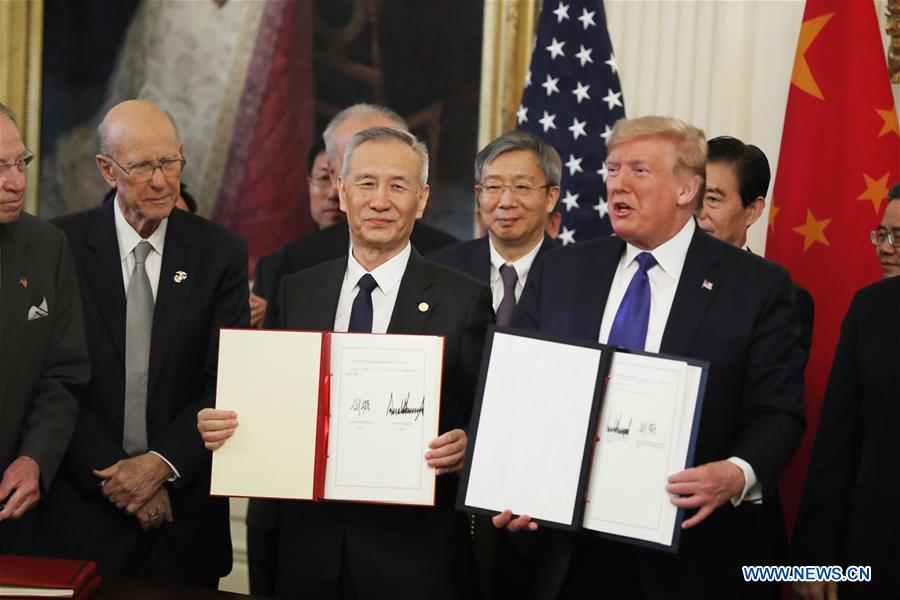 US President Donald Trump and Chinese Vice Premier Liu He, who is also a member of the Political Bureau of the Communist Party of China Central Committee and chief of the Chinese side of the China-US comprehensive economic dialogue, show the signed China-US phase-one economic and trade agreement during a ceremony at the East Room of the White House in Washington D.C., the United States, Jan. 15, 2020. (Photo: Xinhua)

The agreement was signed on Wednesday in Washington D.C. by Chinese Vice Premier Liu He and US President Donald Trump. After the signing ceremony, Liu said that the deal benefits not only both countries but also the whole world.