China is still an export hub for Volvo Cars, Hakan Samuelsson, the company's president and chief executive, has said.

"Currently, the majority of cars sold in China were built in China, it's a very good degree of localization," Samuelsson told Xinhua on Thursday. "But China is also used as Volvo Cars' export hub. Due to US imposed tariffs, we had to redistribute." 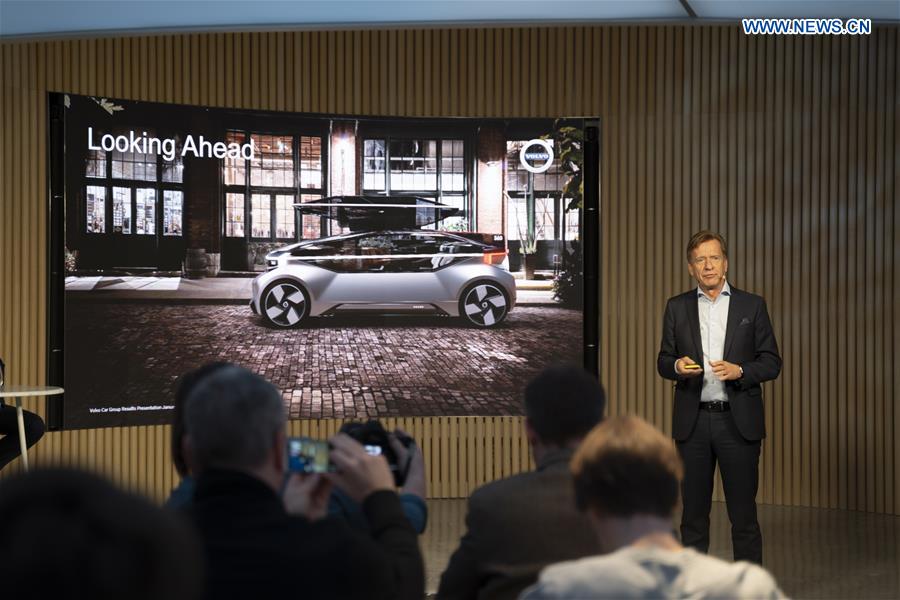 To avoid cost hikes due to tariffs, "cars produced in China now do not export to the US, but still export to third countries not affected by the tariffs," he said.

Volvo Cars reported an operating profit of some $1.53 billion in 2018, a yearly increase of 0.9 percent.

The operating profit margin for the full year was 5.6 percent, down from 6.7 percent a year ago.

"This result is in line with our expectations, but does not totally live up to our longer-term ambitions. Revenue growth and sales in 2018 were healthy, but profitability was affected by external factors such as tariffs and increasing price competition in several markets," said Samuelsson at a press conference.

"For 2019, we see another year of volume growth as we continue to benefit from our strong product program and increased capacity," he added. "But we have to be realistic and acknowledge that margins will remain under continued pressure."

"Looking ahead, I like to be optimistic, we will see where the dispute of tariffs lands," said Samuelsson.

"I am sure that China will be an industrial hub for Volvo Cars, and that's really good for China," he said, "China's car industry needs to be ... able to export and compete with others, so I am very glad that Volvo Cars are a forerunner in that respect."