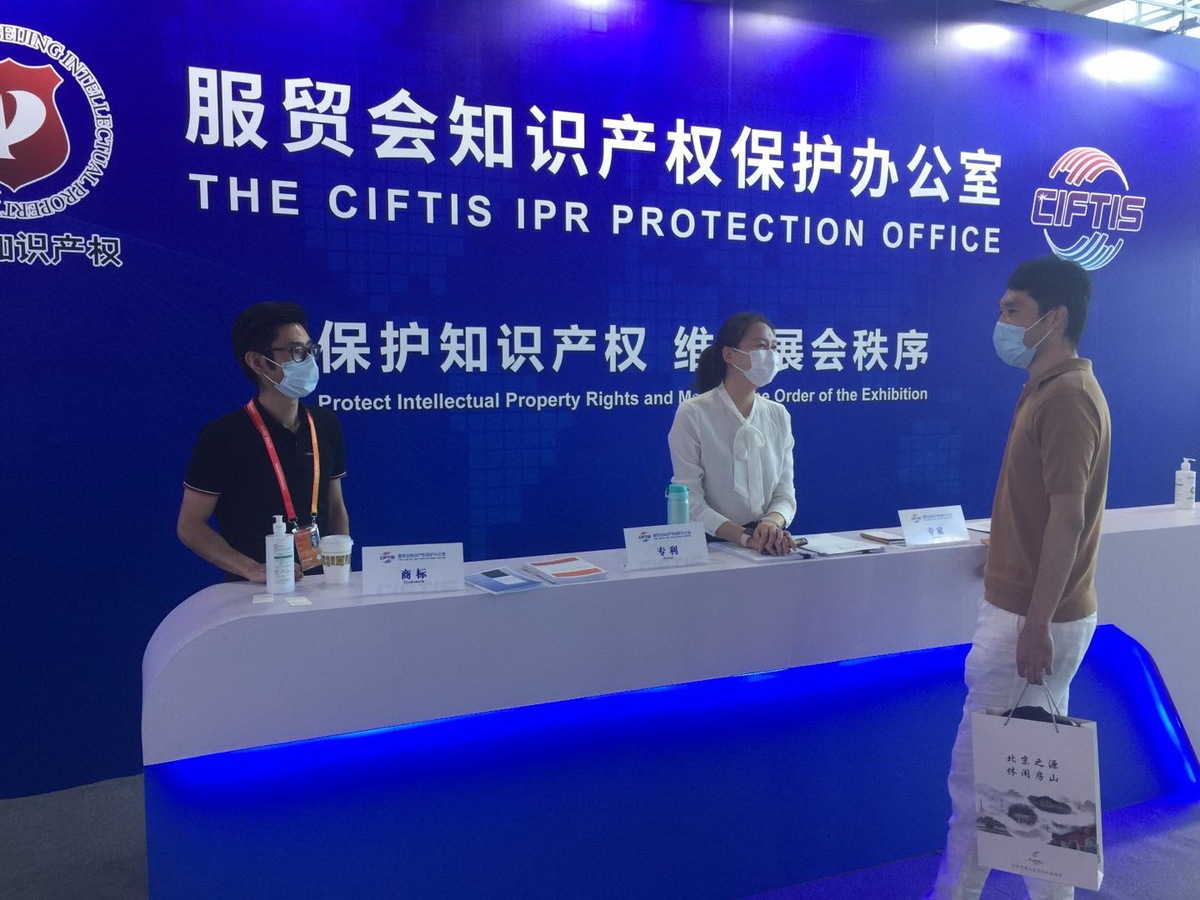 A visitor inquires about IP protection at the China International Fair for Trade in Services in Beijing on Sept 8, 2020. (Photo: chinadaily.com.cn)

China continues to be a global powerhouse for intellectual property protection by leading the world's IP indicators in most areas, thanks to the country's long-term economic development.

Japan, the Korean Intellectual Property Office and the European Patent Office respectively ranked third, fourth and fifth for patent applications in 2019, according to the World Intellectual Property Indicators Report released by the WIPO, a specialized agency of the United Nations, on Monday.

The number of patent applications of the above five countries accounted for 84.7 percent of the world's total, the report said.

Filings of patent applications in China declined for the first time in 24 years because the country is amid an overall shift in regulations aimed at optimizing application structures and improving the quality of applications.

The report also indicated that, primarily driven by long-term growth in China, Asian countries received about 65 percent of all patent applications filed worldwide in 2019 -- a considerable increase over 50.9 percent in 2009.

In terms of trademarks, China's IP office had the highest volume of filing activity with a class count of around 7.8 million, followed by the IP offices of the US and Japan, with about 672,681 and 546,244 applications, respectively.

In terms of plant varieties, China received about 7,834 applications in this area last year, up 36 percent from 2018, accounting for over one-third of the plant variety applications filed worldwide.

In this category, China was followed by the Community Plant Variety Office of the European Union and the United States.

The COVID-19 pandemic has accelerated long-building trends by fostering the adoption of new technologies and accelerating the digitization of everyday life, and IP will become even more important to a greater number of countries in the post-COVID world, said WIPO Director General Daren Tang.

The annual WIPI report is based on IP data from some 150 national and regional offices. It aims to inform policymakers, business leaders, investors, academics and others seeking macro trends in innovation and creativity.