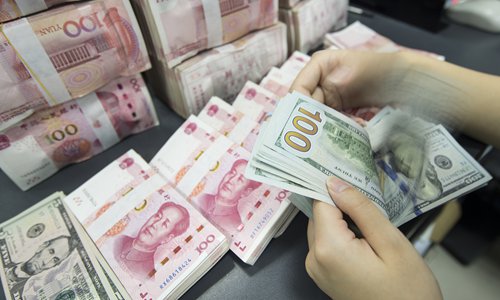 The Chinese government has entirely removed the equity investment quota limits for overseas institutional investors, as the country speeds up measures for its financial opening-up.

More foreign capital will flow into China's equity market following the decision, bolstering the central government's move to stabilize foreign exchange reserves amid a prolonged trade war with the US, analysts noted.

China's State Administration of Foreign Exchange (SAFE) announced on Tuesday that it will scrap the investment quotas under the Qualified Foreign Institutional Investor (QFII) program as well as the Renminbi Qualified Foreign Institutional Investor (RQFII) program, the two schemes through which certain overseas institutional investors are allowed to invest in mainland securities products. It also removed the pilot countries and regions limitations under the RQFII program.

The scrapping of the quotas means that international investors will be allowed unfettered access to the world's second-largest capital market.

The Chinese government has gradually loosened investment quotas under the QFII and RQFII programs in recent years, as it took systematic steps to open up the financial markets.

"Scrapping the quota restrictions under the QFII program is a major reform to deepen financial markets' opening-up and to further meet offshore investors' investment demand for mainland financial markets," Wang Chunying, spokesperson for the State Administration of Foreign Exchange, said on Tuesday.

The reform also arrived at a time when major overseas index providers including MSCI and FTSE Russell have been gradually increasing the weighting of A shares in their global indexes and as overseas capital is increasingly flowing into the mainland markets.

Zhao Xijun, vice director of the School of Finance at Renmin University, called the quota limit cancellation a "milestone policy" that shows China's will to open its secondary market.

"By taking out the restrictions, investment in China will account for more in foreign investors' portfolios. As a result, more foreign capital will enter the Chinese market," he told the Global Times on Tuesday.

Chinese Premier Li Keqiang said on Tuesday at a meeting with Chinese and US entrepreneurs that China's door will open still wider. China is trying to create a market-oriented, law-based and international business environment. Domestic and foreign-funded enterprises that are registered in China will enjoy equal treatment.

Experts noted that the time is ripe for China to usher in overseas capital without the need to fear any blows to the mainland markets.

"The cancellation of the investment quota limits indicates that China's financial market is stable enough to guarantee the security of the market while being able to withstand the impact of a large amount of foreign capital," Xi Junyang, an economics professor at the Shanghai University of Finance and Economics, told the Global Times on Tuesday.

Liao Mao, a Chongqing-based securities analyst, also told the Global Times on Tuesday that Chinese regulators have been scaling up efforts to deleverage in recent years, so the introduction of more foreign institutional investors will not inflict too many financial risks.

Liu Xuezhi, an economist at Bank of Communications, told the Global Times on Tuesday that China's removal of the QFII and RQFII investment quota limits showed that the country is steadily moving forward with its capital account opening-up, which is in accordance with the country's general goal to promote opening-up.

"It will have a positive influence on China's economy and capital market, while promoting the all-round development of the market, " Liu said.

A note from the research team at Bank of Communications nevertheless pointed out that China should further enhance the appeal of the domestic capital market to offshore investors.

"Increasing investment convenience is just a first step. It must be accompanied by institutional improvement and economic support," the note said.