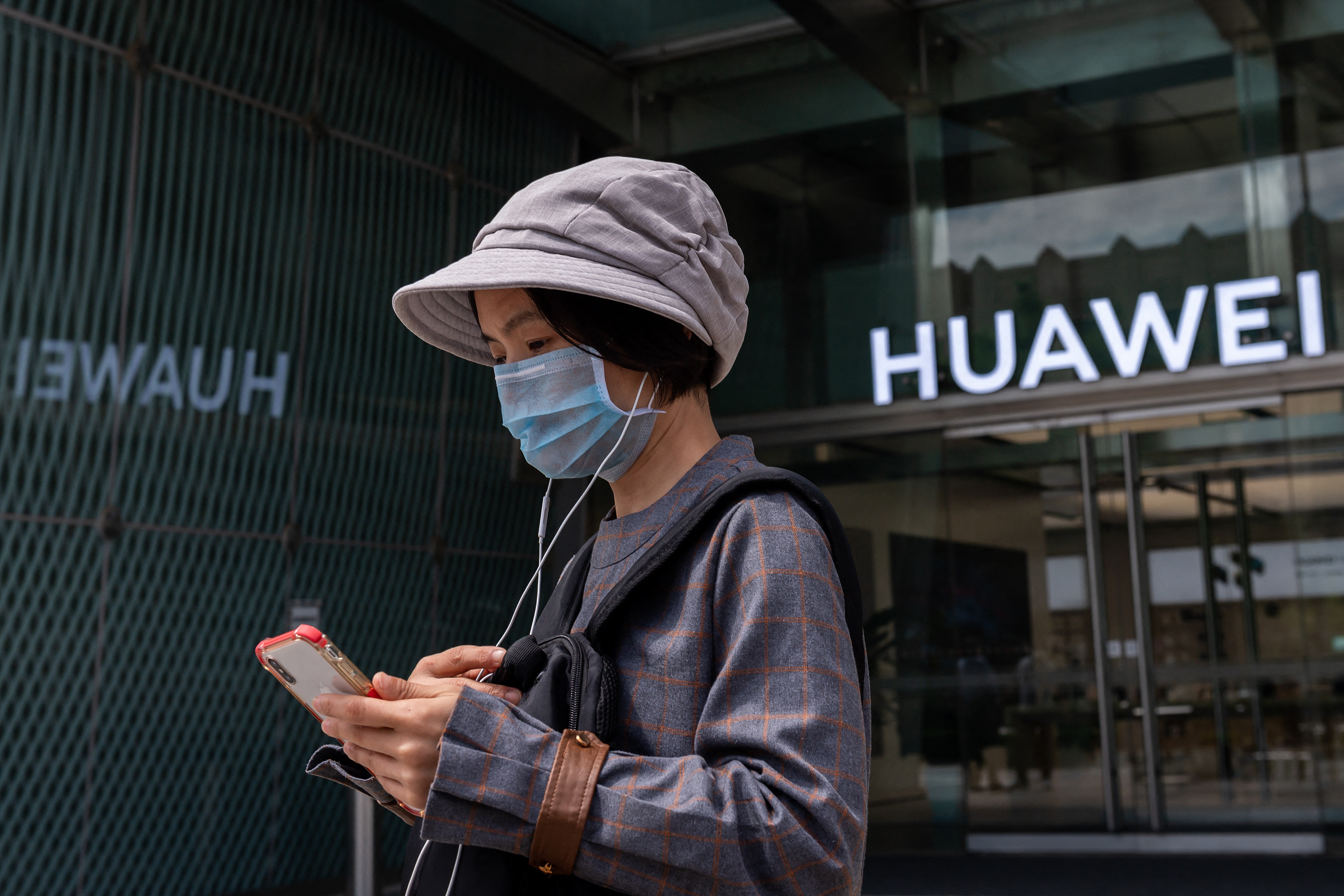 A woman walks past a shop for Chinese telecoms giant Huawei in Beijing on May 25, 2020. (Photo: AFP)

The shipments of 5G mobile phones amounted to 15.07 million units, accounting for 69.3 percent of February's total shipments, said the CAICT, a research institute under the Ministry of Industry and Information Technology.

In February, a total of 28 new models were released into the market, up 33.3 percent year on year, according to the CAICT.

Domestic brands continued to dominate China's mobile phone market last month with shipments of 19.57 million units, or 89.9 percent of the total shipments in the period.