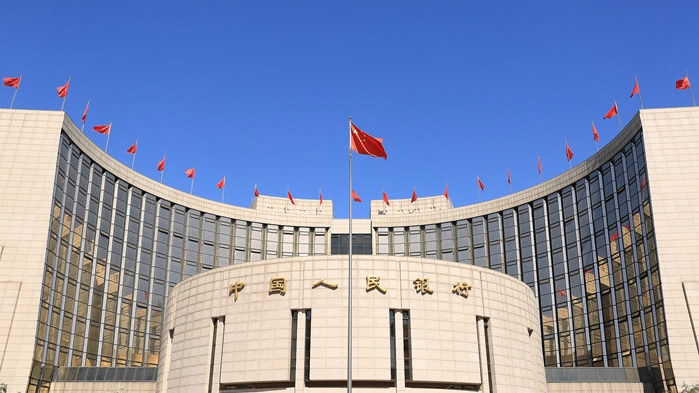 The building of the People's Bank of China in Beijing (File photo: CGTN)

In May 2017, the Chinese central bank started to add what it called a counter-cyclical factor into the calculations, to support the Chinese currency when its value had weakened to 6.9 against one US dollar.

Last Friday, the People's Bank of China (PBOC) resumed using a counter-cyclical factor in its yuan midpoint-fixing mechanism, given that the value of the renminbi has been in continuous decline for months in part due to a stronger dollar and a volatile global trade climate.

Experts believed that the motive behind the PBOC tweaking its foreign exchange management strategy once again is the same as the reason behind its move in 2017 – preventing the yuan from dropping too sharply.

"It's obvious that the PBOC doesn't want the yuan to depreciate too sharply. If the counter-cyclical factor is added to the pricing mechanism, the value of the Renminbi will be stabilized. I think the PBOC will continue to use the current mechanism," noted Deng Zhijian, an investment strategist of DBS China.

However, the counter-cyclical factor isn't likely to completely change the trend in the Renminbi's movements; how the yuan will perform still largely depends on future market moves. The chief strategist of Fullerton Markets, Jimmy Zhu, also pointed out that the policy itself will not change the direction of the Chinese currency.

"This is able to curb some behaviors of the Chinese currency, but regarding the broad directions in the coming few months, that will still largely depend on the policy differentiation between the Fed and the PBOC," Zhu added.

One of the important things to watch is whether the Federal Reserve's third rise in interest rates will come in September as expected. If so, the Renminbi will continue to see pressure to depreciate, which could possibly be alleviated if the PBOC starts following the Fed in raising interest rates.