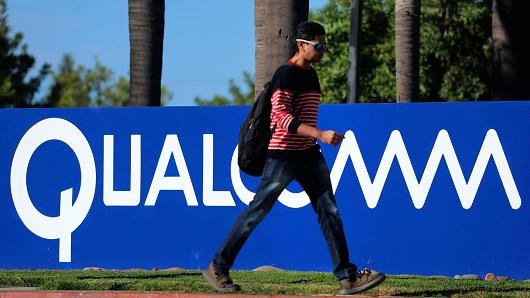 A pedestrian passes a sign on the Qualcomm campus in San Diego, California.

The company has to receive approval from market regulators in nine countries to seal the deal.

The acquisition might lead to a major impact on the market and compromise competition, said MOC spokesperson Gao Feng.

Gao said it will take time for regulators to investigate and analyze the case, and the MOC has talked with Qualcomm over reducing unfavorable influences of the acquisition.

Qualcomm has withdrawn its previous acquisition application and resubmitted a new one to the MOC. The MOC will conduct an open and fair anti-monopoly investigation on the issue, he added.