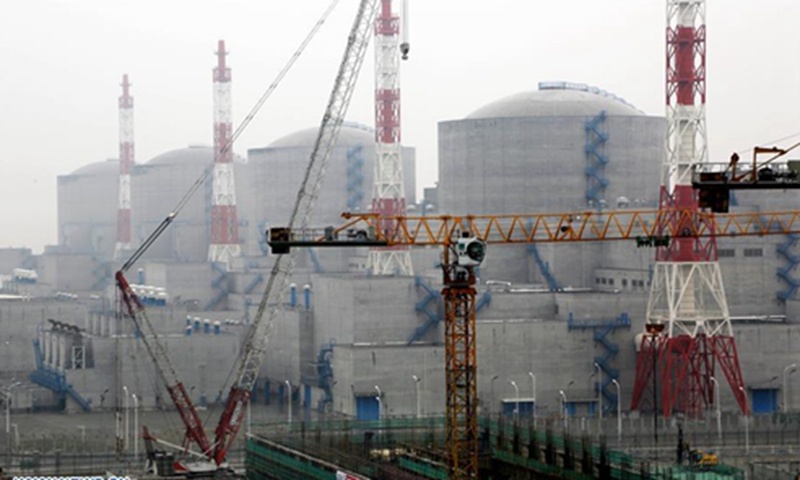 The Tianwan Nuclear Power Plant, the largest technical and economic cooperation project between China and Russia at the moment, reported in March another operation incident within 10 months.

On March 9, the temperature difference between No. 1 and No. 2 steam generators resulted in the closure of the main steam isolation valve of No. 2 steam generator. The incident happened during a refueling overhaul of reactor at the Tianwan Nuclear Plant, in East China's Jiangsu Province, the National Nuclear Safety Administration (NNSA) announced on Wednesday.

The No.2 reactor, which used the Russian-designed VVER-1000 reactor devices, was built under a 1992 cooperation agreement between China and Russia. Its construction started in October 1999 and was commissioned in September 2007.

After the incident, the faulty regulating valve was replaced and the overhaul proceeded as planned, the NNSA said.

In May 2020, during the refueling overhaul of Unit 1, a defect on nine welding lines on pipes in the low-pressure injection system was found.

Both incidents were classified as 0 level according to international standards, indicating that there is a deviation in the operation, but without any breaches of safety. This level of events do not have any impact on nuclear safety, the health of employees, the public and the environment in the vicinity.

The NNSA said that during the March 9 incident, the reactor protection system responded normally, the safety barriers remained intact, and there were no radioactive consequences, no human exposure, and no environmental pollution.

The China National Nuclear Corp (CNNC) holds 50 percent of the shares of the Tianwan Nuclear Plant.

The Tianwan and the Xudapu nuclear plants, in Northeast China's Liaoning Province, are part of a 20 billion yuan ($2.9 billion) nuclear deal signed in June 2018 between the CNNC and Rosatom State Corp Engineering Division, the Russian state nuclear company. The deal is currently the biggest bilateral cooperation project on nuclear energy.

The Tianwan Nuclear Power Plant is planned to have eight units, which will generate about 70 billion kilowatt hours annually. The first four reactors used the Russian-designed VVER-1000 reactor device. Reactors No. 7 and No. 8 will use Russia’s third-generation VVER-1200 model.

Alexei Likhachev, Director General of Rosatom, announced on March 11 that the construction of the No. 7 reactor at Tianwan Nuclear Power Plant will start in 2021.