A Chinese border city in Northeast China's Jilin Province has stepped up efforts to increase cross-border e-commerce with Russia amid the complex and severe external environment facing both China and Russia. 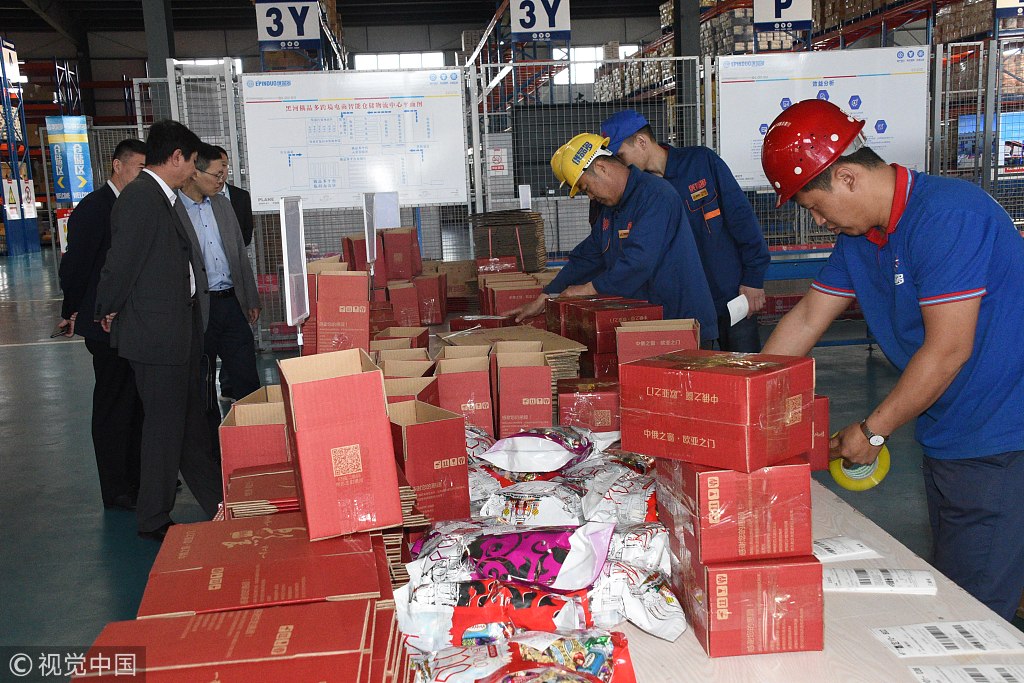 On that day, Chinese goods worth $128,000 bought by Russians via e-commerce platforms were transported to Russia. This marked the start of Hunchun's cross-border e-commerce trade.

Jilin's exports via cross-border e-commerce have grown fast, standing at 1.04 billion yuan ($151 million) in the first seven months of this year, up 29 percent year-on-year, the Jilin Daily reported on Sunday.

E-commerce is developing fast in Russia, so the market potential is huge, Lu said, noting that the market scale is now above 100 billion yuan.

The US government recently announced new sanctions on Russia, which are scheduled to be effective later this month and would affect hundreds of millions of dollars in trade, media reports said.

Under the circumstances, it becomes more essential for the two large economies in the Eurasian continent to strengthen economic and trade relations to meet their domestic needs and support each other's economic development.

Russia announced on Monday that it favored bilateral trade with all countries in their national currencies, rather than the US dollar, but detailed work is needed before the implementation of the idea, Reuters reported.